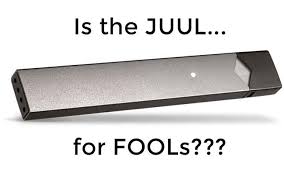 Our blog, Freshpod was created to spread awareness on the dangers of juuling. Through constant promotion of our blog posts, my group and I have gained a supportive audience through the months of February to May.Our blog spread the message of what drugs such as juuls can do to teens in NYC. The teens in our community have been influenced by the advertising towards juuls, luring them in to the toxins juuls provide. Our ultimate goal of our blog was to minimize the usage of juuls among teens through out NYC. Overall, I believe our project was successful since it gained many supporters.

I believe my project was successful. Through the data from our blog and petition, we learned that our blog was doing well when it came to interaction. For instance, our petition had received 45 signatures after promoting it on our social media platform of choice, Instagram. Promotion on Instagram caused the number of our signers to increase. Thus, we gained 45 signatures in total. We made sure to title our blog posts with catchy titles, luring the audience into our anti-juuling campaign.

In contrast, our viewership was not quite as impressive as our number of signatures for our petition. We had about 3-4 viewers per blog post, 5 is our highest number of views. I understood that the average number of viewers had the possibility to be low due to the touchy topic we were campaigning for. I feel as if our viewership would expand if we promoted our blog on a more open-minded and mature platform such as Facebook. Additionally, I could’ve promoted my campaign on all of my Instagram accounts to gain a greater audience and a variety in our audience.

In conclusion, our campaign has introduced me to the process of creating a campaign and receiving attention for it. Gaining an audience for a campaign striving for changes is a difficult and time-consuming job requiring patience and consistency. Although our blog had it’s lesser successful aspects such as its views, it also had its successful parts such as its petition. Our community is genuinely interested in the campaign, the number of petition signatures prove this. To gain a greater audience of people interested in the cause, I would advise others use a variety of social media platforms and several accounts. If I redid this project, I would make sure to title all my projects with luring titles and promote each blog post on several different platforms. Overall, our campaign helped shed light on the controversial topic, bringing awareness and a new perspective for many.