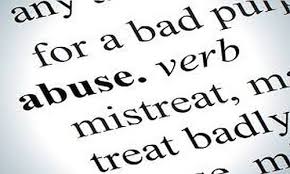 Hello, my name is Alba and I made a blog for a technology project with my classmates about Domestic Abuse. We had to make a blog and social media account and promote awareness of our topic. Now that the project is complete, we are reflecting on how it went.

Initially, I was going to work on my own and talk about the education system in the United States. I really wanted to do that topic but then Tasnia Fiona and I ended up deciding to work together and Tasnia wanted to deciding to do child abuse and we ended up broaden our topic to domestic abuse in general so we switched topics. I slightly regret not focusing on education, but Fiona made our blog look very pretty so it is ok. Our goal was to spread awareness of the issue.

We did not get that many views so we were not very successful but it was our very first blog so I suppose there is room for improvement in the future.

Our project did not reach many people. Although we made a social media account, the majority of our followers were people from our school who were doing the same project as us and also made instagram accounts for their topic.

First of all, our petition only got 2 signatures as of May 20 2019. One of those signatures were my own, and the other was a girl from Indiana. We did not reach our goal at at all, I was hoping to at least get 15 signatures. Even after making three social media posts and five blog posts about it we only got 2.

Second, our blog got 78 views in total, which is not very successful considering it was spread over the course of 3 months. HOWEVER we got viewers from India, Jamaica, Ireland, the UK, and Hong Kong which was interesting.

Our social media had way more followers than our blog, but the vast majority of them were from our own school which shows that we have a very local audience.

Overall, I didn’t expect this project to become very popular because very few people that I know use wordpress, but I did expect our petition to do better than it did.

If I had to do this over again, I would stick to my initial idea of doing education because it affects everyone at our school so it would be more likely to get at least a few more views and signatures, even if it were only from people at our school.

There are also more things to talk about under the broad scheme of education. I felt like I ran out of things to talk between me and the other members of our group since the posts sometimes got repetitive.

Goodbye and thank you for reading