Home Reflecting on the Significance of my name in 2018 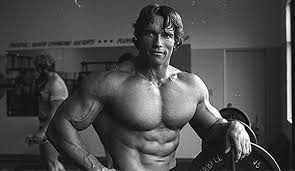 “Whenever I thought of my name, It was like a frog in the desert, I had no clue where it came from, or why it came to be.” — Such a creative simile. I love it 🙂

Miguel,
this is a super cool topic. Our names are this thing we take for granted all the time. They are literally a permanent tag by which we will be known forever and we don’t even choose them. There’s an interesting theory in the world that your name actually defines who you are as a person since it changes how people perceive you. Check out this article: https://qz.com/1050340/the-name-youre-given-as-a-child-can-shape-your-face-as-an-adult/ … and let me know what you think. It’s crazy to believe there’s real science behind this idea. Miguel, you might be who you are because you are Miguel, and it makes you unique.

Dear Miguel, I love how you used the metaphor about the frog in the desert it really expanded my thinking about your name. I think your writing is very powerful and the way you talk about your family is very passionate. I’m glad I got to read your work, even though I don’t know you, your work let’s me know that you are a strong worker and I hope you accomplish your goals in life I think you have everything you need to be anything you want. I hope you keep writing I would love to see more of your work. Sincerely, Liz

Your names relationship to you is very similar to mine. We carry around our names with pride and they motivate us to become overall better people.