Reflecting on the Significance of My Name in 2018

Home Reflecting on the Significance of My Name in 2018 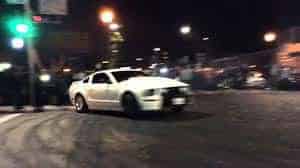 My dad chose to name me “Luis” just because that was his name so he chose to name me after himself. Sometimes I would want to have a different name because the name “Luis” is very common, it seems like almost everyone in the world is called “Luis”. I would have liked to have a unique name that nobody else already has.

Fernando also reminds me of all the problems my mom went through when she found out my dad had another child almost at the same time he had me. When I first found out I had a stepbrother, my heart dropped to the ground. I didn’t know what to think or say, I was speechless, I felt like someone has stolen all the words from my mouth. Overall I’ll always stand strong for my name because even though my father and I don’t have the strongest relationship, he’s always going to be my father.

Luis – your problematic relationship with the name “Fernando” makes sense. I’m sorry that you have to carry that. I hope that the load continues to get lighter as you get older. Thank you for sharing and being vulnerable.

Your piece said a lot about the type of person you are. You are a strong person who struggled to accept your name but at the end of the day you take pride in it, forgetting the negative story behind it. I liked it and it was really nice to read the metaphors. Great Job!!