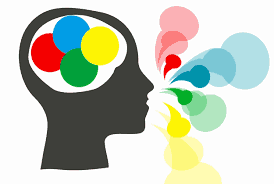 Before researching I knew there were many benefits to learning a new language because I have experienced them. However, I didn’t know the extent of the benefits. After reading many articles, I realized there were several more positive effects than I had believed. One site broke the benefits into three categories which helped organize my ideas. The three categories were achievements in learning, cognitive advancements and cultural awareness. I had never really thought about how learning another language can promote cultural awareness before reading this article. The article included studies comparing students who had been exposed to Spanish and those who had not. The attitudes of the kids that have been exposed to Spanish were more positive towards Hispanic people than the kids who hadn’t learned any Spanish. This concept was extremely interesting to me, I never thought a language could change someone’s attitude. I always believed becoming more culturally aware meant understanding other people’s values and customs. On other sites I also discovered that learning another language can prevent diseases like Alzheimer’s and Dementia. Studying a new language is a great activity for the brain. Brain activity lessens the risk of contracting certain diseases. Both of these ideas furthered my understanding of the importance of learning another language.

As I was researching I found an article that mentioned negative effects to learning another language. Before researching I had trouble thinking of any possible negative impacts. However, this article discussed two negatives, so it brought new ideas to my topic. Possible anxiety caused by stress can come from learning a new language. Languages require lots of practice and it is a new way of learning so at first it can cause a lot of stress. Secondly, as we age our ability to comprehend languages become harder. For example, at the age of ten it would be much easier to learn French then at the age of thirty. This happens because as we grow our brain changes. Although I was able to find negative effects I do not believe they are substantial enough to have a controversial argument against learning a new language. Therefore, I decided that my research paper will discuss the benefits of learning a new language.

So far I have read many different articles and have discovered new concepts that I will include in my research paper. I didn’t realize the amount of information I would discover before I started to research. My paper will be more developed with these additional supporting claims and evidence I have found. Overall, my thinking on this topic has changed due to new discoveries.