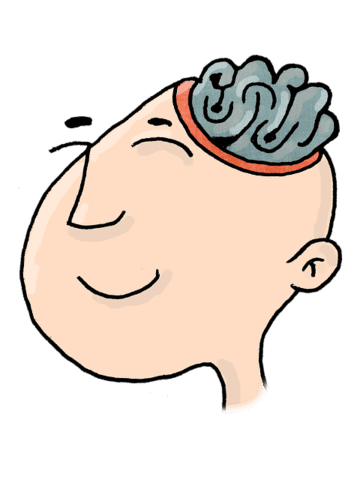 In researching concussions, I did not have a specific question in mind that I wanted to find the answer to. My first step was checking databases, specifically our school’s library media center online resource. SIRS Discoverer was a great place to start because it provided me with reliable information about my topic. I found a shocking story about a rugby player who suffered two concussions in a matter of days. She tried to “play through it”, but ended up unconscious after being hit in the head a second time. The girl died after her brain swelled too much for her to recover from. When I first saw the title, I thought it was a freak, severe injury that happened. Instead, negligence and little to no concussion education caused one non-severe concussion to go untreated, and that still-recovering brain to go back into the game and become re-injured. I had no idea and I had never heard of anyone dying from a concussion. It was a little bit of an eye-opener for me, since I have had a few minor concussions. It’s scary to think that could have easily been me if I did not know to take time off from sports.

I also checked online for further information on my topic. Sorting through the websites for reliable sources was time-consuming, but in the end, it provided me with quality information that was correct for my paper. I used the library as a resource in my quest for more information. I got a book on all kinds of concussions, both minor ones and the coma causing ones. This book was a good overview, but it lacked in some of the details. I included it in my annotated bibliography for a couple reasons though. It explained the different ways that a person could get a traumatic brain injury, or TBI, for short. The book also was recently published, in 2014, so the information was current and up to date. It told what actually happens during a concussion, where the brain bounces inside of the skull and shifts around. So, out of all the sources I used, this was the most well-rounded. I learned about how you can get a concussion as a child, in the military, in a car accident, basically anywhere. I used to think it was pretty much limited to sports. I learned a lot more about my topic by using several sources.

Elizabeth,
This is an incredible post! I can tell you put a lot of thought and research into writing this post. I really like how you referred to other texts for other examples and proof. I also like how you used the library as a source of information. Not many people go to the library now a days. Keep up the good work.