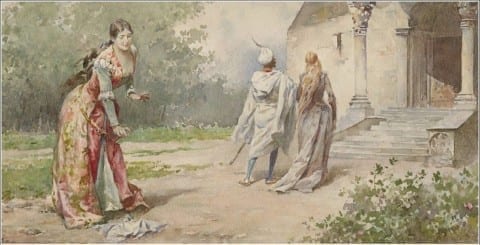 Hello, my name is Nickey, and I decided to voice over Othello’s Act IV Scene III on Line 101-108. I spoke as Emilia, and she is a character who has great insight and understanding into a relationship of man and women during her era.

I tried to have her voice carry some frustration because the thing she says is something that should be common sense, but it isn’t during her time: that women can feel the same emotions as men. However in some way she does carry some control because unlike other women, at least Emilia knows the situation very well.

It is her sad reality that men see women as jokes, and so I tried to practice carrying some irritation in her voice, but with a tone that shows Emilia’s confidence because she knows that women can do what men have taught them.