Re-education is Important for the Prisoners

Home Re-education is Important for the Prisoners 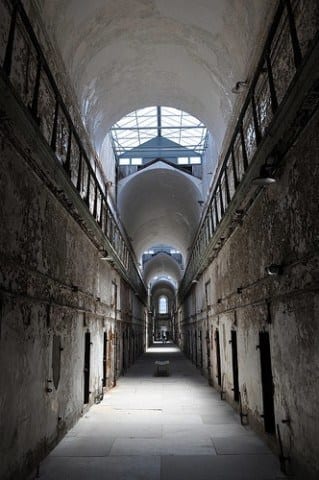 In the movie “The Shawshank Redemption”, there is an old prisoner who spent many years in jail. When he was released, he was totally unable to fit in society again. Finally, he committed suicide in a hotel room. What is required in this situation is re-education. We have the tendency to make convicted felons an untouched class, isolating them from normal society. We treat them differently because they have criminal records. Way we treat the prisoners will make it difficult for them to fit in society. Some prisoners even try to make the same mistakes again so that they go to jail again and get away from society, the world they cannot fit in.

Governments should re-educate those prisoners just like students in schools. We must teach them how to fit in society and tell them what the world outside the jail looks like. Moreover, the jail officers can bring reformed prisoners into the jail to share their experiences. This will give the prisoners more confidence to adjust. Governments can introduce some rewards. Officers can write a letter to help good prisoners to find a job; this will make it easy for prisoners to get employment, and it encourages the prisoners to behave in jails. In addition, governments can teach prisoners new skills in jails. This way, they can start their new lives. I believe that prisoners have mental health issues. This makes it difficult for them to cope with bad feelings. Governments need to help prisoners reform so that they know how to deal with these bad feelings.

We should treat prisoners like citizens. Prisoners are people who have made some mistakes. Children always make mistakes. So do adults. When a company does not want to hire a worker with a record, it should, instead, give him or her a chance to let their show his ability. We should not have a stereotype about prisoners that prisoners cannot change.