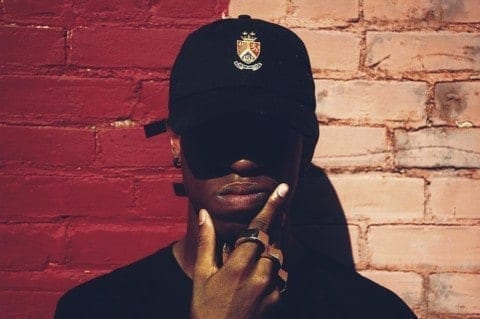 Rap music is deeper than just words to a beat, for many rappers their music is a way of telling their life stories for many to hear, much of their stories which contain hidden messages and metaphors representing something deeper than just what’s portrayed on the outside of the lyrics. It’s not just as black and white as it seen on the outside.Many perceive the lyrics to have different meanings and even metaphors within the lines representing something much deeper,a bigger picture than whats heard from the outside.  Rap music has formulated its own kind of words,sounds, as well as flow far deeper than just what the music itself holds.It has created itself it’s own kind of culture. It carries itself a certain way far different than different genres of music with it’s unique looks, peronas, and lavish and flashy lifestyles as seen in music videos or even posts on social media.

These lyrics affect many young teens who happen to be the fans of such a popular sound in the music industry. In most cases rap music seems to be  leading teens on to believe as well as be more prone to participating in drug and alcohol use from an early age,as well as engaging in sexual activities, and taking part in violence, toting guns around with them and involving themselves in illegal gang activity. Many rappers rap about their troubled past in dealing with poverty, and hustling by selling drugs and gangbanging. It’s a hard way of life but for many they see it as a temporary hustle to get them through day by day. Many want to become rappers but it is difficult to be seen out of where they come from.  In my cases the chances are slim to none, so those who make it out find it very important to tell their story in their music as well as give back to their community and cities of where they are from in order to be represented and seperate themselves from other rappers.

But this a representation for all rap as a whole, or even all artists. Rap music  has taken many different forms, and has it’s fair share of good and bad,just like anything else in life.With the good comes the bad, and vise versa.  Rap music was first invented in what were known to be slums where impoverished individuals lived surrounded by gang violence. So those listening to rap music that carries a more vulgar feel to it seem to be more violent than those who chose to listen to rap without such violent references. Different types of rap influence people differently through different choice of words as well as storytelling.

Whatever kind of rap music you chose to listen to, it’s easy to agree that rap for many, if not all  is viewed as an escape or a form of self expression which is very desirable for many, especially regarding teens because it has what most teens desire money, sex appeal, as well as luxury. Those who grew up in the ghetto rap acts as a form of a escape and in some cases even motivation to get out of their current situation. Whatever the case may be rap acts as a social outlet connecting individuals together, creating bonds that nothing could possibly create to be as close.

Hi Emmanuela,
I really liked your approach to finding the deeper meaning in rap lyrics. I listen to rap as well and I like it because I’m able to find the deeper meaning in it’s lyrics. On some levels it can relate to your own life when they rap about the pain and heartache some of them have to go through on a day to day basis. I especially like the part where you talked about rap being an escape for some, “Those who grew up in the ghetto rap acts as a form of a escape and in some cases even motivation to get out of their current situation.” It shows the other outlets rap can be used for. Here is a link to an article about raps impact in society I think you might like https://web.stanford.edu/class/e297c/poverty_prejudice/mediarace/socialsignificance.htm The Social Significance of Rap & Hip-Hop Culture. I really liked this articles significance and I hope to see more writing from you in the future.

Dear Emmanuela,
I am impressed about everything that you have stated on this. I have learned a lot about what rap music. There were many facts that I didn’t know but now I do. One sentence that stands out to me is, .”Many perceive the lyrics to have different meanings and even metaphors within the lines representing something much deeper,a bigger picture than whats heard from the outside.” This shows how many rap songs have different meanings. Thanks for your writing. I look forward to seeing what you write next, because I really want to know more.