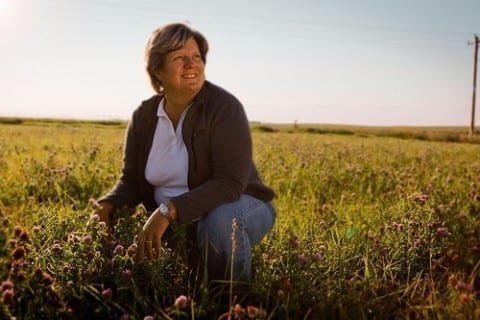 I was raised in a little rural Montana town. I have had a large amount of exposure to agriculture, and I have seen how much it can affect people; whether that be a good rain year where hay prices are not through the roof or cattle prices make an extreme drop and families hardly make enough to rub two pennies together. Even though most here have quite a good understanding about ranching,  I have come across many who do not. This worries me because in a roundabout way livestock impacts most everyone. I believe that the public needs to become more informed about public land grazing so that they can make educated decisions when they consider making changes.

Many Americans enjoy eating a hamburger or a big juicy steak. According to the U.S. Department of Agriculture, Americans are among the very highest per capita consumers of meat on the planet, eating on average 71 pounds of red meat (beef, pork, and lamb) a year. However, they seldom ever wonder where that came from. Have you? Moreover, no, I am not asking whether they know that beef burgers and steaks come from cows. I am asking if they have ever thought about the families that raised that beef and all the work that was put into raising it. Some might know someone who owns or raises cattle and know how much work does go into it. However, how many citizens know the process?

Ranchers across the country are leasing public lands to graze their livestock on, our small Stillwater County community included. These lands are very much relied on for ranchers to graze their cattle on. Most own land that surrounds these state land section so leasing them is convenient and helpful in keeping their ranches in one large piece. Many taxpayers are trying to get ranchers to pay more for their leases (AUM) on these lands, but I would just like to point out that ranchers pay for many things to keep this land in good condition; weed control and invasive species, maintain fences, water sources and help maintain or boost wildlife populations.

I believe they need to continue to be allowed this privilege and at a reasonable price. Many citizens are uneducated or misinformed on how public land grazing works. They also believe that it is destroying the ecosystems. If done incorrectly, then yes it can be damaging. However, ranchers are trying to do their best so that this does not happen. George Work, a Monterey County rancher states in an article titled “Ranchers lead efforts to protect rangeland,” “Our family uses a holistic decision-making process that aims for outcomes that are ecologically sound, socially just and economically viable.” In other words, it just means that they are trying to take into consideration everything including the environment and people affected by public grazing, just like many other ranchers.

In conclusion, I would just like the American people to be aware of the challenges that ranchers face when they are asked to pay a higher rate for lease contracts. To take away this land would be crippling to the agriculture community and the history that our great country was built on would be just that, history. No longer here to remind us of all the hard work it took to make us what we are now. In the end, farming and ranching is much more than just a business; it is many people’s livelihoods. In a letter to George Washington, Thomas Jefferson wrote, “Agriculture is our wisest pursuit because it will, in the end, contribute most to real wealth, good morals, and happiness.”  This I find to be completely true, and I hope that others will one day too.