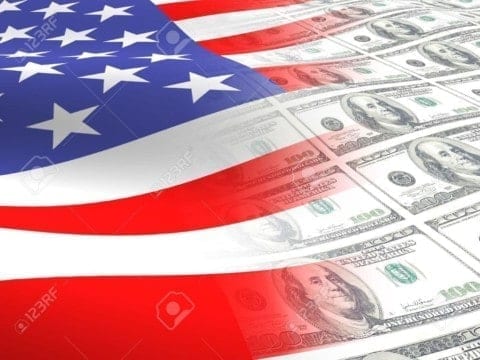 My independent reading book, The Inspiring Story of One of Basketball’s Greatest Players by Clayton Geoffreys, talks about LeBron James story about going from rags to riches. He grew up in rather unfavorable conditions. He and his mother moved from couch to couch and never had anywhere stable to live. Lebron faced all types of adversity growing up. He was an incredible athlete at a young age and once he got to high school, he was offered to come to play basketball at a private Catholic school. He accepted the invitation under one condition, that his friends could with him and attend the same school and play basketball with him. This was a rather impressive action on Lebron’s part because his town was rather segregated and so all the black kids went to one school and all the white kids went to a different school. Lebron James’ story is a great example of the American Dream and making it from unfavorable conditions. He now is worth upwards of $440 million(Anderson). Now that Lebron has made it he has gone back into his community and donated millions of dollars and he even started his own school which supplies at-risk children with free outfits, shoes, bikes, books, backpacks, multiple meals during the day, and transportation to and from school if needed.

Throughout my research, I learned that many celebrities don’t actually come from well to do families and one person who stood out to me was John Paul Dejoria, he is now an entrepreneur worth billions. His net worth is around $3.1 billion dollars (Ioannou). Early on in his life, he grew up in Los Angeles and never had much. He says that he remembers giving a dime to the Salvation Army when he was a kid, even though he and his mom didn’t have a lot of financial stability, she told him that there are always people who have it worse than you do. He started an extremely successful hair-care company that generates billions of dollars each year but at one point he was going door to door around Los Angeles selling his product. He is a great example in the business world when it comes to changing your circumstances from unfavorable to highly favorable.

Another athlete I read about was Jimmy Butler, he probably had the most astounding story out of all the people I researched. He was homeless at thirteen and ending moving in with a friend(Friedell). He was guided by his coach at the University of Marquette. The heartbreaking reason that he was kicked out of the house was that his mother didn’t like how he looked. Needless to say, Jimmy had a very rough childhood but made it out of a small town in Texas. He is now playing basketball in the NBA and makes upwards of $15 million per year. He is a living American dream who has made it in life through American creed. He probably wouldn’t be where he is today if he hadn’t worked hard and had a goal.

My friend Armen’s family was featured in an exhibit in the library at our school. His family fled Azerbaijan and now they own a bulk food store in Lansing. They fled because being Armenian was dangerous in the 90s and they were a target of violence. He has told me that it wasn’t always easy for his parents when they first arrived in the United States and that they had to overcome many different obstacles. I am still friends with Armen to this day and his family is now making a good living. They had a dream when they came to America and they worked hard for it, and now they are doing well and giving back to their community.

All of these people have something in common, they came from the bottom and worked hard to change their circumstances. Lebron James and Jimmy Butler would not be in the NBA if it wasn’t for endless hours in the gym. John Paul Dejoria and my friends family would not be where they are if it wasn’t for working hard in the business work and starting a company or store. All of these people wanted something and went out and got it. Some people might argue that they might have made it from hard work and luck. There is some truth to that because some people work very hard their life and never move up in the ranks. The argument to that is that the meaning of success varies from person to person. To some, being successful means going to a good college and getting a good, high-paying job. To others, being successful means being happy and mentally and physically happy. These people have shown that through hard work you can be successful in America.