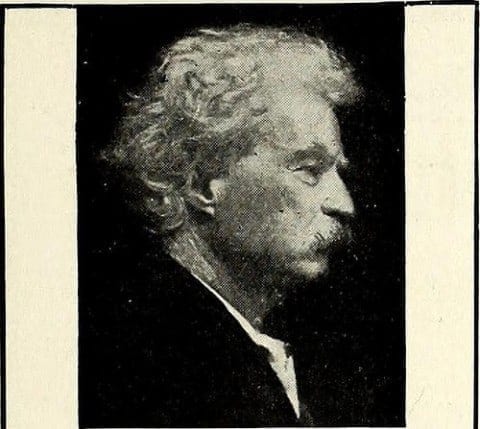 Although there are compelling arguments on both sides as to if Mark Twain was a racist or not, in my opinion, I don’t believe he was. When analyzing The Adventures of Huckleberry Finn it is easy to make a convincing argument that Mark Twain was in fact not racist.

Many critics argue that this novel is racist but, I personally believe that Twain was not racist and was only trying to accurately portray the time period and make a difference. By portraying Jim being treated as lesser than the rest of the characters in the book it shows an accurate depiction of how society functioned during the time period. An accurate portrayal of the time period is vital to making change. Without it there would be no real impact, no one would care. Not only does he offer an accurate description of the time, but Twain also explores Huck’s internal moral struggle of trying to figure out his true feelings towards Jim and the way they are portrayed throughout the novel was intended to make an impact, not to express his racism. For example a line from the book reads, “‘All right, then, I’ll go to Hell’– and tore it up… And for a starter I would go to work and steal Jim out of slavery again; and if I could think up anything worse, I would do that, too; because as long as I was in, and in for good, I might as well go the whole hog.” (191). This quote along with many others shows just how wrong it seemed to accept an African American as equal to a white person at the time. Huck believed that because he cared for Jim that he would go to Hell. Nowadays we think the complete opposite.

For these reasons and many more it is easy to see that Mark Twain was not attempting to display his racism during the creation of this novel, but rather how racism was back then and asking for change.

I totally agree with your perspective. Twain is just accurately representing the racist, oppressive society of the south in pre-Civil War America. Some critics can argue Twain is racist, with his numerous use of the “N” word and references to slavery, but I just believe he was using the aspect of realism in his novel. But I also ask this question. What was Twain’s own intent when he wrote this book? We can see many references in this book to slavery, numerous satire about subjects such as religion, government, and gullibility. What do you think was Twain’s main topic in this book? Or maybe he didn’t and just wanted to include everything in his book. We will never know, but it is a good critical question to think about. Although this book has been banned and censored, it still sends an important message about society that we all need to address, and I appreciate our class for reading it.