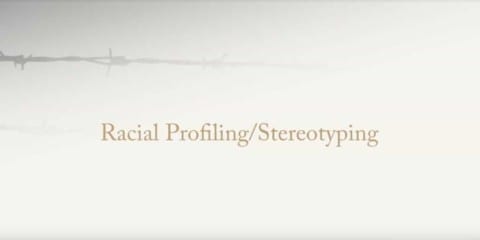 Well, I focused on racial stereotyping and profiling for my project. Although the issue doesn’t directly affect me, I feel very passionately about it. It is when people are judged by the color of their skin, ethnicity, social status, economic status, identity etc, or because of those aspects they are thought to have committed criminal offences. And it is an issue or problem that should no longer exist today. In today’s society, while we judge people with the quick glances we give them, their personality and what they can do shouldn’t be judged on their race, or ethnicity. When you look back at American history didn’t people come here to escape judgement? Then how come, today, people are still judged maybe not publicly, for what they look like, their race, identity, ethnicity, social status and others? I feel like this shouldn’t be the case, people of a different skin color than yourself should not be thought of as less or as a possible criminal because of their skin color, but because of their past actions. The same applies to other physical, or spiritual differences.

Before starting the research about the project I knew fairly little when it came to statistics about the issue directly. I knew what the topic was and who, for the most part, was affected by the issue, but I wanted to delve deeper into it. And what I know now, is that it’s much bigger than I thought. So many people of color are affected, and they shouldn’t be. So here’s a video about some of the statistics I learned, and how we can potentially stop this issue from existing.