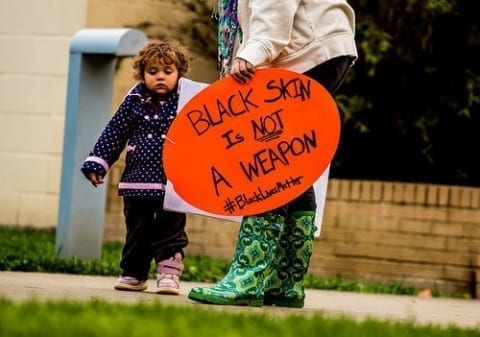 My topic revolved around Racial Discrimination and through prior knowledge I know that it is a very serious topic. I picked up on this specific matter because I felt like the reasoning for this occurrence was very mindless and idiotic. Discriminating a certain people based on their color of skin seems very ignorant. The fact that these sort of instances are still going on in the world today shows how we still have a lot to progress to.

I didn’t know much about the topic, especially the specifics. All I knew was that it was a serious topic that is heavily controversial and talked about particularly in this day and age. I knew that there were a lot of people advocating for awareness about the situation and that there were a lot of issues especially concerning the police and their heavy brutality. There have been a lot of instances involving white cops and black victims who were suspected of a crime and were either arrested or beaten over accusations that were just speculation. This sparked outrage amongst the people and has led to several movements. I was also aware of the people who are enemies of reform. The most common being neo-nazis and even more obvious the Ku Klux Klan. They thrive on racial discrimination, it’s the basis of their organization. Both institutions have a strong hatred for basically everyone, blacks, whites, Christians, Muslims, Jews, the list goes on, and they are dead set on achieving their goals through any means necessary.

Dear : Yahav
I agree with what you posted , “Racial Discrimination”, because this is a serious matter. People should not be judged by the color of their skin.
One sentence you wrote that stands out for me is: “there is victimization which is the action of singling someone out for cruel or unjust treatment, this ties in with racial discrimination and racism perfectly.” I think this is true because today in society people are victimized every day. I think victimization also ties into bullying because kids are victimized every day.
Another sentence that stood out to me was “There is direct discrimination where you’re treated differently and worse than someone else for certain reasons. There is also indirect discrimination where there is a practice, policy or rule which applies to everyone in the same way, but it has a worse effect on some people than others, because of race, age, etc.” This stood out for me because this is the different discriminations that occur in racial discrimination.
Your post reminds me of something that happened to me. One time in school when I had to create a powerpoint dealing with racial discrimination.
Thanks for your writing. I look forward to seeing what you write next because I want to learn about more discriminations and how they affect people.