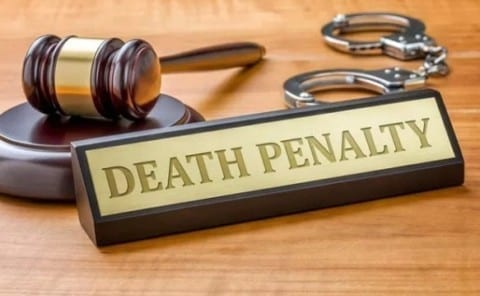 The death penalty has been around for a while and people have called for it to be abolished. I think that if someone committed that serious of a crime then they should have to go to prison because they would suffer more there.
This ProCon.org page gives multiple pros and cons of the death penalty. Some of the pros say that it is an appropriate punishment for what some criminals have done. A con is it “contradicts God’s plan for individuals and society” and that it is not our right to have something like that.
CNN questions the death penalty in this article. The author says “the victims will often have died much worse deaths than the killer will be subjected to.” They also give financial reasons as to why the death penalty wouldn’t make sense. Having the death penalty would cost states $3.5 million compared to $150,000 without. There are also innocent people who end up on death row.

Matt, I liked your topic and the points you presented. They were interesting and expressed you views on the matter as well as highlighting the opposing view on the death penalty, I personally believe that the death penalty is somewhat of a flawed system and we could live without it though it is a debate worth having. If wanting some more statistics or different points of view I think you should check out Amnesty International’s article on the death penalty: https://www.amnestyusa.org/issues/death-penalty/?gclid=Cj0KCQjwguDeBRDCARIsAGxuU8b3W7xPLfBMoQ05KPSXMwj-Wf3uyuUlJWU_0Ht29SGDT1LBe63Vp4QaAqvXEALw_wcB

Matt,
Your arguments are solid and you gave credible resources, however I think you could have organized your ideas and evidence in way that is easier to read. This is a very interesting topic and I am curious to know what stance you hold after doing research. Here is an article that argues for the “death of the death penalty”: http://time.com/deathpenalty/ . I look forward to reading more from you.

I totally agree with your statement. If a person commits a crime worthy of the death penalty, they should be given life in prison. Great work!

Matt, I really enjoyed how you managed to use opposing ideas in order to make your argument stronger. You used set amounts of data to also get your point across. I think this article I’ve linked to would help you out. It is a list of 50 facts about the death penalty, so you can get more supporting ideas. https://deathpenaltyinfo.org/50-Facts