Family Values in “The Glass Menagerie” 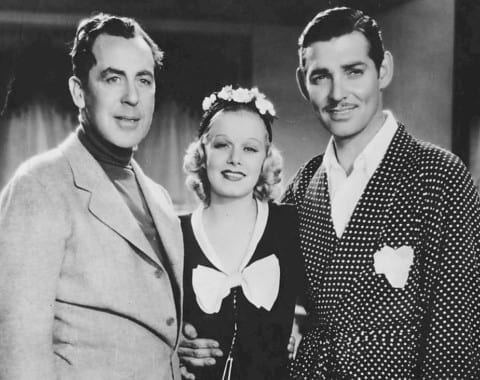 “The Glass Menagerie” by Tennessee Williams, is a play that describes all the actions of the memories of the main characters, and at the same time the narrator Tom Wingfield. The set took place in Saint Louis in 1937. Tom was the supporter of his family. His mother, Amanda, and his sister, Laura, did not work, and he had to work in a warehouse to support his family financially. In the play there is a portrait of a man in one of the walls of the house. That man is Mr Wingfield, Tom’s and Laura’s father. Mr Wingfield was an absent figure for the family because from a long time ago, he fell in love with long distance and ran off by the years. After that the family never heard back from him since he left. While the play is developing, Amanda the mother always triggers for her childrens to be the best. Amanda as a mother lives constantly disappointed in her only daughter Laura because Laura is painfully shy and does not attract many men as her mother Amanda did when she was at a younger age. Ms Wingfield ( Amanda) enrolled Laura into a business school with the hope that one day Laura would make the family rich. Tom, who detest his warehouse Job, finds relief in the alcohol movies because he could not resist the arguments with his annoying mother and the pressure of the Job. As a reader, questions wonder on my head while the play is running, and questions like why did Amanda never let Tom alone ? and Why exactly did the dad leave ? are constantly in my head.

The first pages of “The Glass Menagerie,” by Tennessee Williams, might leave the reader with a feeling of interest because as the play is staring by describing the settings it intrigues the reader to think what is going to happen on this place, or why is this place so important for the narrator who is also the main character. An example of this can be seen on the first page, where it says “ The apartment faces an alley and is entered by a fire-escape, a structure whose name is a touch of accidental poetic truth, for all of these huge buildings are always burning with the slow and implacable fires of human desperation.  The fire-escape is included in the set – that is, the landing of it and steps descending from it.The scene is memory and is therefore non-realistic.  Memory takes a lot of poetic licence.  It omits some details; others are exaggerated, according to the emotional value of the articles it touches, for memory is seated predominantly in the heart.  The interior is therefore rather dim and poetic.” This is surprising because it’s expected for something to happen as it’s describing how the apartment was and what feelings develop inside of the narrator or the main character Tom by the reflections of his memories.

A reader’s questions might start on scene two, where it says: “AMANDA: I thought that you were an adult; it seems that I was mistaken. [She crosses slowly to the sofa and sinks down and stares at LAURA.] LAURA: Please don’t stare at me, Mother.” omit This is important because it shows that Amanda was not only having arguments with Tom or felt disappointed about him and his actions instead both of her children were disappointed for her. This is one of the biggest events for the play because it also shows a lot about Amanda’s character and the feelings about her kids. In particular this is unusual because parents tend to be disappointed or used about one of their kids actions but actually Amanda is disappointed about both of her kids which leads the readers to understand that Laura and Tom aren’t the problem, Amanda is the main problem in the whole house. The author seems to be making the point to make the readers speculate why the disappointment and the loss of faith in her own kids. A reader is left to think that this has to do with the disappearance of the dad. Or perhaps it is only that Amanda is a sad widow.

After this part of “The Glass Menagerie,” most readers will look forward to continuing reading the whole play because curiosity will kill the cat and as readers are curious about what would happen next, they would like to know exactly why the relationships in this family are so intense. What might happen next in the play is that Amanda would at least show an explanation of why it is never enough for her and we will see how the disappearance of the dad leads Tom and Laura to be so insecure about themselves