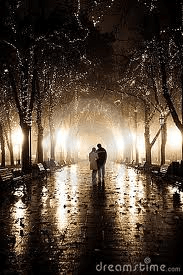 One most intriguing comment out of six above was” Why does he need to pause to breathe? Why do you think he’s out of breath?”  from the line: “And the heart must pause to breathe”. I think that this comment was one of the most fascinated comments that engaged my attention. I think the poet with that line tried to say that  “The heart sometimes has to rest” and i think it can have another meaning like trying to say that he is heartbroken now.

I think that The poem “So We’ll Go No More A-roving” is all about love. More specifically,  it is about a relationship that went wrong. The first stanza of the poem shows how the poet is clarifying that “They will not go no more a-roving” , meaning they are not going to hang out anymore. In that same stanza, the poet has mentioned “Though the heart be still as loving” which I  interpret to mean that they still love each other but had to break up.

In the second stanza, I googled what a sword symbolizes in poetry, and I learned that it means a phallic symbol.  And the sheath means a yonic symbol. Also, in the second stanza I think it means that the poet is exhausted and from the words that are used form the stanza like “ wears out, must pause, have rest.”
In the third stanza,  the poet use the juxtaposition , uin the first line , he is mentioning “ Though the night was made for loving”  , but then in the third line , he restates. . The poet has decided that he ( or they) will not rove any longer, for reasons he’s already explained, even though the night was perfect for it

Why do you think someone needs to “pause to breathe” after a breakup? Why would the poet talk about a life force, air, when he talks about love and splitting up? BTW, I very much like the photo you chose.