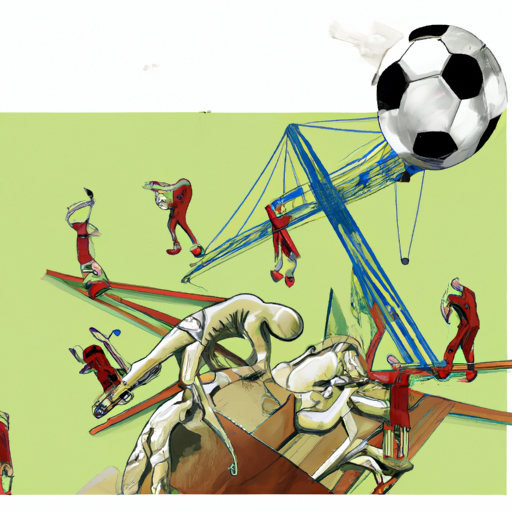 2. The 2022 world cup was held in Qatar, after the final whistle of the last game it’s been largely considered one of the best world cups ever. Yet the time spent in Qatar leading up to the first game was littered with controversy. First of all the games were pushed back from the original times in the summer to late fall leading into the winter. This is obviously because Qatar is nestled right in the middle east surrounded by a desert. As a result of scorching temperatures while the stadiums were being built there were many stories about workers dying and being treated poorly without their basic human rights. There were roughly 400-500 worker deaths making the stadiums. Now during the games Qatar promised FIFA that they would allow people to proudly showcase their beliefs such as support towards Pride. Countless fans were forcibly pulled out of the games and away from the stadiums for showcasing such beliefs. Qatar also bought their way into the world cup. They illegally bribed multiple FIFA officials to bring the world cup to Qatar. A few of the FIFA officials have been arrested since but not all. Things like this are corrupting our beautiful game. This is important to me because they are ruining the game I love. Bribing officials to bring the game to a country that should never deserve to have a world cup is wild. World cups should only be held in “soccer” countries. Countries that already have existing infrastructure, so billions of dollars aren’t spent and at the cost of human lives. The games are more enjoyable when it’s this way too. Think back to the last few world cups. In Qatar and in Russia there was no real culture or feeling about those tournaments. But in 2014 in Brazil or in 2010 in South Africa, the atmosphere surrounding those places was electric. It was a 2 month festival. That’s how the game should be. It shouldn’t be bought.

3. The 2022 world cup was held in Qatar, with the final whistle signalling a largely considered successful event. Nevertheless, the time leading to the first game was riddled with controversy due to Qatar buying its way into the tournament, forcing fans out of stadiums for displaying beliefs such as Pride, and 400-500 worker deaths while constructing the infrastructure. This is significant as it corrupts the beautiful game and runs contrary to world cups being hosted in countries who have existing soccer infrastructure and cultures, further heightening the tournament experience.

4. A. – Only biases I can see from the first article is against the prejudice Qatar seems to hold against certain groups. The AI generate summary is just much more brief and quick to the point. B – My own viewpoint is highly similar to the AI summary. It’s critical of the world cup and how qatar handled it. Although it doesn’t really mention why other countries would be better. But our views are identical. C – I don’t really have any questions about the article. I was keeping up with the world cup the entire time and leading up to it. I know what was in the article before reading it. D – I would question what is Qatar going to do to make up for the deaths that happened. How are they going to handle the backlash. Surely 400 human lives can’t go to waste and be forgotten about so quick. I’d also like to see how in a few years how ll the infrastructure qatar spent so long and spent so much money to create is used.

I thoroughly enjoyed your summaries, along with the summaries of the AI. My experience was eerily similar to yours. The viewpoints of the AI were very similar to my viewpoints. The AI focused on specific things in my articles and yours. As we both had nearly the same experience, it shows a pattern in the AI. AI has certain tendencies that are constantly evident.