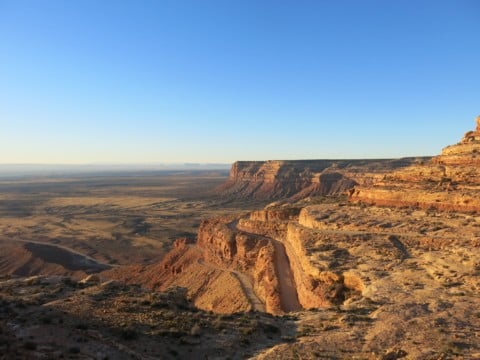 The story of public lands in America is one of constant battles between those who wish to exploit them and those who wish to protect them. But perhaps those best qualified to manage Public Land are the First Peoples of the United States. Native American land management, on the other hand, is a story of respect for and communion with the land. And now, the Biden Administration aims to give the First Peoples of this nation something of which they have long been robbed; control of ancestral land.

The First Peoples of the United States tell a story of broken promises, ignored treaties, and genocide. But for the first time in American history, an American Indian, former Rep. Deb Haaland has been named as President Biden’s Secretary of the Interior. And despite a legacy of broken promises by the executive branch to the First Peoples, Haaland’s position brings hope to all of us who hold the land on which this great nation is built, dear.

It has long been the position of those in favor of protecting public land that those with Native ancestry and perhaps even tribal governments themselves should play a larger role in the administration of protected lands, particularly those with spiritual significance to the respective tribal communities and First Nations who administrate them, (which encompasses a great deal of the land already protected by National Parks and Monuments.)

But regardless of spiritual significance, the inherent reverence for the land with which tribal governments and leaders approach Public Land administration would be a welcome respite in the legacy of exploitation, mismanagement, and narrow avoidance of destruction of our beloved birthright. And giving the First Peoples of the United States a larger role in governing the land to which they belong, and to which we all belong, is a stated intention of both Secretary Haaland and the Biden Administration as a whole.

It can be easy to lose the forest for the trees in regards to land management. But while Bears Ears and the Dakota Access pipelines make headlines, millions of acres find themselves ignored and ripe for exploitation. And while the headlines are no less significant for it, it is these millions of acres that Interior Secretary Haaland and tribal leaders alike will finally give the attention they deserve.

And regardless, it is long past time that Native voices have a say in the management of the land which is their own. And, moreover, in the land that we all hold so dear.

Dear Sam, I found your article very informative and interesting. The textbooks that we use in school, tells about how before people came to “Explore” these lands that we walk were owned by the Natives. It is great the Biden administration has finally decided to give land to its rightful owners. They will now have what was taken from their ancestors and live the life as they did.

Hi, Sam, I read your post and I really enjoyed it. It was very informative on land that was before owned by Natives. Natives describe to other people that our land we live on today was their ancestor’s land and belonged to them. I think that it is a good idea that Biden and his administration give back to the Natives that they longed for. It will give the natives a voice in managing their land and hold them dear to them. The two most important things to them are their land and the spiritual significance of past loves ones that passed on.