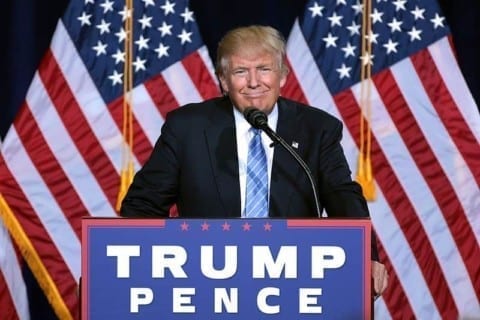 At the time of the election, I could not vote.  If I could have, I don’t know who I would have voted for, but I know I would not have voted for Donald Trump.  I do not agree with him on many political issues, and I didn’t want him to be the man to represent our entire country.

After the election, there was a lot of outrage that Donald Trump had been elected President.  Many people around me said that they hope he fails and that they hope he will be the worst president our nation has ever seen.  I understand the outrage that people were facing over his victory, but why would anyone want the nation to fail?

I don’t have high expectations for Trump’s presidency.  I believe that our nation will make small steps in some area, but will take giant leaps backward in many others.  I do not think he will be a good president, but I do not believe he will be the worst we have ever seen, or will ever see.  But I truly hope that he proves me and all other skeptics wrong.

I hope he leads our nation forward, improves the economy, and improves the lives of every American across the country.  I hope he does everything he can to make America great for everyone: people of other races, religions, sects, nationalities, orientations, genders.

Mr. Trump, for the good of our nation, I seriously hope you can prove me wrong.

Dear Joey,
One sentence you wrote that stands out for me is:” I do not agree with him on many political issues, and I didn’t want him to be the man to represent our entire country”. This agree with you because did not want a racist man to be our president. I felt this way because he has said some horrible things about the latino community.

Joey, this is a very good point that more people in the USA need to listen to. It not longer matters whether they hate him or not because we voted him in and now Mr. Trump will be leading our nation. It is time for all of us to band together and work for a positive and bright future even if we do not like him. It is our job as the people of this nation to help our leader to try and cause for positive change and a movement in the right direction. Many can doubt how well he will do but nobody should wish for failure because if he fails we fail.

I really appreciate your take on this topic in your piece. You were honest, and clear about your beliefs. I am also not a Trump fan, but I agree that we should all support him for the betterment of our nation. I truly hope he does prove us wrong. Our country is divided, and I hope to see him show leadership and initiative towards a better direction than he has in the past. Whether we like it or not, Donald Trump is going to be the next President of the United States of America. I commend you for challenging him towards a successful future, and I hope more people will as well.

Don’t listen to Boomer^…Anyways, I completely agree. Whether you voted for him or not, we have him for four years. This kind of reminds me of a meme on the inter web that has a picture of riots after the election. The people are rioting because Donald Trump was elected and because they believe he’ll promote violence in our country. Ironic because they are the exact ones being violent

I respect your view on the election. Many view this election almost as an apocalyptic event, without giving President-elect Trump a chance to prove himself. It is important to remain positive and hopeful during a time such as this, regardless of who one supported over the course of this election. I hope and believe that Trump will do a good job as our president, and that’s all we can do as Americans.

Good argument. I agree with your opinion that the American people, no matter how upset we might be about the election results, need to band together and hope that somehow Trump is able to prove us all wrong and be better than his campaign promises foretold.

Joey, very strong piece. What really stood out to me was how you ended it with a one sentence paragraph. That is an unconventional ending but a very powerful one. The finality and punctuality of that last sentence really sums up your entire argument and it really works well toward the overall effectiveness of your piece. As for your argument, I agree with you. Your half-full attitude needs to be adopted by the rest of the country; otherwise, our country has no chance of progress during Trump’s presidency.