Protecting Our Right to Choose

Home Protecting Our Right to Choose 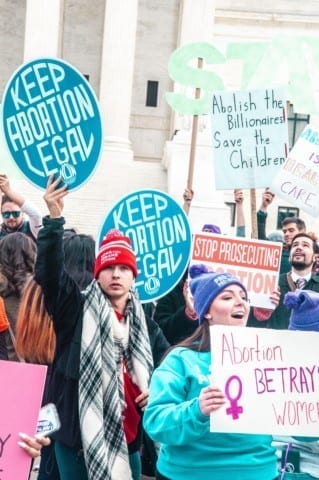 In 2019, a bill was introduced in Utah to put a ban on abortion at 18 weeks or later. Although this bill has taken a period of dormancy and not been pursued for a while, it has resurfaced again. The bill is going through its first round of federal courts, and Planned Parenthood CEO of Utah is making sure that our constitutional right to choose is still protected. If the bill does make it to the Supreme Court, the cost of fighting the passing of the bill would be at least three million dollars, if not more. Although this is a lot of money, Planned Parenthood CEO of Utah explains that the price is worth it to be able to protect a woman’s constitutional right to choose.

It is incredibly important that we do everything we can to become involved with government processes and maintain our constitutional rights. Now is not the time to stay silent, we need to hear everyone’s voices more than ever.

I agree that it is so important for us to become involved in government processes to maintain our constitutional rights. Making abortions illegal won’t stop them from happening, it will only put an end to safe abortions. If people are so focused on making abortions illegal, they should also be advocating for proper sex education in public and private schools, and better access to contraceptives. Thank you so much for talking about this topic. These conversations need to be continued in order to make sure our rights are protected.

I agree with you that we need to speak up and out. It’s the only way to change things. I think some people think that their opinion doesn’t matter or they don’t think they can make a difference, and they need to realize that every single person (or vote) is essential in helping women keep this important right of decision.

Ever since the Roe v. Wade court case was introduced, the constitutionality of abortion has been a huge topic of debate in our country. I think the recognition of this issue is important and I agree with you when I say that the constitutional right of choice is even more important. In order to make sure that women are able to have the choice of whether to abort or not, especially in Utah with the recent resurfacing of this bill, it is important that all of us educate ourselves on the things that are happening and, furthermore, be involved in the government processes as much as we can. It is a woman’s constitutional right to choose whether or not to have an abortion and it is incomprehensibly important that every person fights to help keep this constitutional right.

The right to choose is so important and is something that is a big risk now. I think voters need to start understanding that not only is the presidential election so important but the elections going on in their own states can really affect their lives. I think your last paragraph is super important, people should understand that staying silent is lethal to our country.