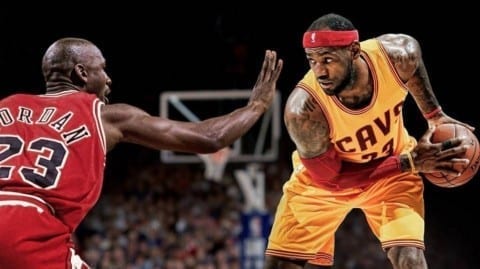 Sports Illustrated compares what Lebron James makes to what David Letterman made before he retired. The article said, “Letterman is a skilled performer who was reportedly paid some $28M per year by CBS before he retired from late night TV. (Just about the average of James’ NBA salaries this season and last.)” However, that is just Letterman. World touring artists can make nearly 100 millions dollars on a high end and about 70 million dollars on a low end. Again, if you compare that to what Lebron, the highest paid athlete in the NBA, makes, they are highly underpaid.

Also, if you take into consideration how much impact an athlete has on a team, it is way more than how much impact a talk show host has on the television network. If Letterman were to be sick, or when James Corden had his baby, anyone can fill in for them for the time being. But if Lebron were to get hurt mid season, his loss would be detrimental to the team. Professional athletes should get paid more than singers or actors due to the physical stress they are under for their jobs. When an athlete gets hurt, they also have to pay their medical bills out of pocket. A high majority of athletes do not have insurance because of their likeliness of getting hurt. The medical bills take a sizable chunk out of their salaries also.

Olivia,
this is a very interesting topic to be researching, especially considering the fact that people most times wouldn’t look in the professional sports world for pay inequality. I found a lot of articles on the difference in pay between male professional athletes and female professional athletes. I did find one article that covers this issue in soccer http://onlinelibrary.wiley.com/doi/10.1111/1468-0297.00599/full. I think that this is a great topic to cover and I want to read more from you in the future.