Problems that lead to Animal Extinction 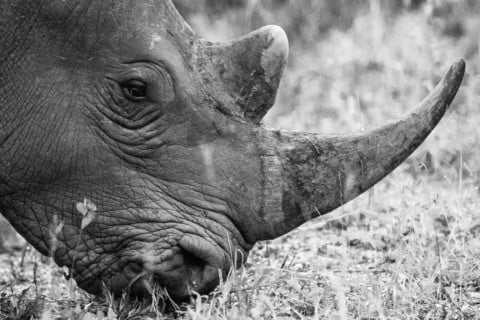 In our world today, more than two thousand animal extinctions are transpiring every year. The rate of extinction is happening ten thousand times faster these days, as compared to centuries before. Animal extinctions have a quinquennial bodily process, which can aid in medical advancements and help researchers find a way to cure human diseases. Animal extinction is harmful to others because infectious diseases are rapidly increasing and the food chain is being affected by the loss of species (Extinction Crisis). Pollution built up in the oceans surrounding animals contains a variety of illnesses, such as cholera, polio and dysentery (Extinction).

Animal Extinction occurrences started to go into effect about four hundred and forty million years ago.There has been a adroitly of extinctions that have taken place over the years, such as the Ordovician-Silurian and Permian-Triassic extinction (Extinction Crisis). As stated on the “Extinction” article, “Extinction has gotten worse over time due to habitat destruction, pollution, climate change and the population growth of human activity.” The higher places with species at risk of extinction are Ecuador, Malaysia, the U.S, Indonesia and Mexico. Australia has the worst rate of extinction compared to any other country in the world and their bushfires are the main reason the wildlife species are dying. Animal extinction affects the entire pollution of people, not just one certain group, since extinction is surrounding and happening all around us (Extinction). This problem is expected to keep rising until all of the species die off or if we as humans can figure out a method to preserve these habitats in a safe way.

Individuals should care about animal extinction because when species become endangered, then it’s a sign indicating that our ecosystem is slowly deteriorating. When one species dies off, then another species is affected and slowly deteriorates on its own. If we don’t do anything about animal extinction then the world could result in an atmospheric change, climate change and an instantaneous loss of rainfall (Extinction Crisis). At the rate of the world currently, we have already lived through half the duration of human history and the second half is increasingly traveling by faster.

Lydia,
I really enjoyed reading your post. You had great points and made it really interesting to read. I agree with you that “Individuals should care about animal extinction because when species become endangered, then it’s a sign indicating that our ecosystem is slowly deteriorating”. Everyone should be aware of what is happening in our world and find the best way for them to help. You explained this topic very well and gave me more information, so now I can find my own way to help. Thank you for providing a clear and well-written post.

Lydia,
I agree with your analysis of the impact of animal extinction on the whole population. I like how you mentioned specific examples of where this extinction is happening. I really like how you said, “ Animal extinction is harmful to others because infectious diseases are rapidly increasing and the food chain is being affected by the loss of species.” This quote provides the reader with an insight about the problem of animal extinction and why people should care about it. I think the evidence that you chose is necessary and adds to your argument. You did a good job of defining the problem and its extent. You also argued the necessity of why people should care about this issue.

Nice information! Try searching for more general reasons why Animal extinction occurs and what we can do to stop it.

Animal extinction has been a major problem every since colonizing had happen. Even when the rail roads were being built across America, the workers has to slaughter the water buffalo that populated the region of where the railroad is established today. They are no longer native to America and were pushed to the brink of extinction.