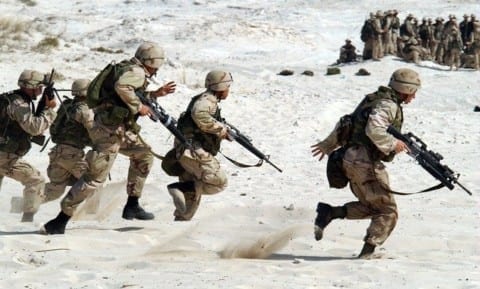 Since 2015, a civil war has been occuring in the middle eastern country of Yemen. After the Arab Spring of 2010 took dictators throughout the Middle East out of power, Yemenis wanted change, so they forced their sitting president, Ali Abdullah Saleh, to give his power to his deputy, Abdrabbuh Mansour Hadi, in November 2011. However, the transition of power to Hadi failed. During this transition, there was food insecurity, massive unemployment, suicide bombings, and a separatist movement in southern Yemen. All of these issues during the transition of power triggered the civil war. On one side, there is the Houthis, which are a political Shia rebel group in Yemen and people still loyal to former president Saleh. On the other side are the forces loyal to the Hadi government. In 2014, the Houthis took over Sanaa, Yemen’s capital. Later in 2015, the Houthis and Saleh loyalists executed a campaign to take over all of Yemen, which forced Hadi to flee to Saudi Arabia. Upon his arrival, Saudi Arabia took closer consideration of the war in Yemen, and decided that the Houthis were an immediate threat, since the Shia Houthis could join forces with the Shia Iranian government, and Iran could attempt to gain a foothold at Saudi Arabia’s border (Saudi Arabia has conflicts with Iran over religious beliefs, since Saudi Arabia is Sunni while Iran and the Houthis are Shia). After accusing Iran of backing the rebel Houthi group (which they denied doing so), Saudi Arabia created a coalition with nine other countries (Qatar was expelled in 2017 from the original ten) and began a military campaign in Yemen. This military involvement of Saudi Arabia and its coalition is what has had the most devastating impact in Yemen. The coalition wishes to restore Hadi’s government, but is unable to take back the north of Yemen, keeping the war in a stalemate.

Like in most wars, civilians are taking the heavy hits of the conflict. Due to the intervention of the coalition, there has been mass destruction of infrastructure, and a military blockade which restrict food, medicinal, and fuel imports. The coalition has caused more than 10,000 civilian deaths, of which 65% are attributed to the coalition’s air strikes. The blockade has caused 17 million Yemenis to face famine, which includes 3 million people (2 million are children) who are acutely malnourished. The largest cholera outbreak ever recorded has occurred in the Houthi-controlled areas. Though the outbreak can be credited to lack of control over trash and sewage, international humanitarian aid (which would solve the outbreak)is not able to reach these areas due to the blockade. In fact, 80% of the population (24 million) are in need of humanitarian aid. 3.3 million Yemenis have been displaced, and two thirds of the Yemenis do not have access to clean water.

The United States claims many reasons for supporting the coalition. Our government claims backing the coalition will minimize casualties, contain Iranian influence on the Houthis, and enable humanitarian aid for Yemen.

Though the United States claims these reasons publicly for backing the coalition, many doubt the veracity of our government. The conflict in Yemen has caused significant civilian death and extremely low living conditions. Those opposing the backing of the coalition claim that the coalition itself has caused the world’s largest humanitarian crisis in Yemen. The reasons for which the United States claims intervention, which are to minimize casualties and provide humanitarian aid, are invalid.

Throughout the years of conflict, little ground has been made by either side, and the several attempts to end conflict have all failed. Since neither side is backing down, Yemen has been put in a deadlock. This conflict has caused the world’s largest humanitarian crisis to be in Yemen. The United States, along with Great Britain, Germany, and France have provided support for the coalition with weapons, intelligence, and logistics. We are now faced with the issue of where we ought to place our support, and for which reasons.

I believe the United States ought to send all of the support it can directly to the civilians affected by the Yemeni Civil War. The claims the U.S. makes for intervention are just constantly refuted by the reality of the civil war, by the countless deaths and massive humanitarian issues in Yemen. This causes suspicion toward the U.S. government, making it seem as if the U.S.’s actions in Yemen are for interests of state, rather than for humanitarian interests. Overall, I believe the U.S. should not be taking sides in a civil war that is not our own. We should be directing our resources to those who are suffering, which in this case are the civilians of Yemen, and not to a coalition led by an ally. For these reasons, I am opposed to U.S. support of the Saudi-led coalition in the Yemeni Civil War.

Eric C. Stevens this was a very well written essay. I remember seeing something like this.

RICKY, this was very well written essay. Expand on it!