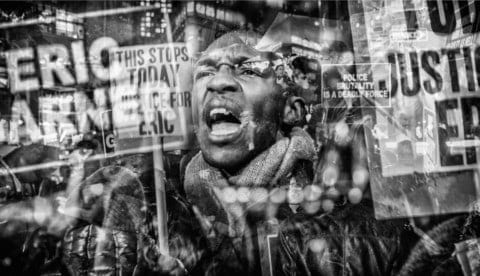 – Derrick Bell, a professor at New York University School of Law, claims in his book that racism is a significant part of American life; it keeps America alive. “Even poor whites gain self-esteem by looking at black faces at the bottom of the well.” The government has done a substantial amount to combat racism, and has limited themselves with racism. However, Star Jones, legal correspondent of NBC television news, says that racism will never go away. People will always have a certain type of hatred towards a minority or certain type of group. “You either learn to live with it or you die from it.” The Civil Rights Act of 1991 helped to change the civil rights forum from the courts to Congress. Congress is now more available, and they can be more responsive to issues. To solve this issue, Bell suggests licensing discrimination. The idea is to have the people who intend to discriminate buy a license that would be shown in any public or business setting. The money from these licenses would go to civil rights funds, and there would be penalties for people who discriminated without a license. However, some say this idea already exists to some extent in New Jersey. A statute allows suburbs that discriminate to pay off housing that people are unwilling to set aside for minorities. Carrying out Bells idea would be hard because it somewhat infringes on the 1st Amendment rights of citizens. This article helped me see the different perspectives of racism in America as a whole. It showed how we can attack racism in society, the more broad environment compared to schools.

2. “Should Schools Have a Policy on the Use of the N-Word?”

– The article begins with a story about a man named Marlon Anderson, a black school security guard, being called a racial slur. Anderson responds by telling the black high school student to not call him the word. Because Anderson said the racial slur when he told the student to stop, he was fired. The issue here is that the n-word is being thrown around so easily by many different populations. People have become numb to the idea that the word has caused so much harm to African American culture in history. The word is very toxic to any environment, and the use of it is unnecessary and immoral, especially at school. Because of the school’s knowledge of the words used, the school has taken a rigid stance on the use of it in any format or environment whatsoever. Something that could help is education of the word. If students or teachers took time to educate others on the word, it would help them understand the turmoil and pain that came with it. Also, there needs to be more diverse input to situations like this. There needs to be a black person on the board of the school to have a different perspective. There was some pushback to these solutions. Teachers would respond with that they are white and they don’t have the right to talk about the n-word. There is a fear to talk about the word in a school setting. Also, the fact that the word is being used in a friendly manner, does not help with the fact that it is unacceptable. The word shouldnt be able to define someone or their situation. The way to fix the problem is to educate, not punish. This article showed me an issue with racial slurs and how the school went about it. It shows how the school made mistakes, and how we, as a nation, can learn from them, and what we can do for the future of schooling.