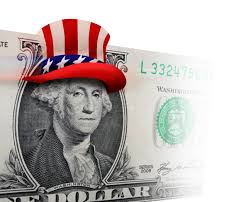 Money in politics has been a problem for a long time. Corporate America along with the wealthy are the ones who basically run our country. Super PACs and PACs are ways that people and corporations can donate money to candidates/campaigns of their choosing. PACs must disclose their donors and there is a set limit to how much money you can donate to them, this is not the case for Super PACs. Thanks to the Supreme Court case “Citizens United v. Federal Election Commission” corporations may donate unlimited amounts to Super PACs, as long as they do not coordinate with the candidate(s) that they are supporting spending agenda, and while they are not allowed to coordinate with candidates, Super PACs are often run by former advisors/staff of said candidate. They also cannot donate directly to the candidates but they can for example make and run ads that make the candidate look good. Super PACs are required to list/report all of the donations that they receive. A loophole that is used to avoid this a 501(c)(4) corporation. A 501(c)(4) is a tax-exempt “social welfare organization”. They are NOT required to name their donors, with Citizens United 501(c) (4)’s became the major way corporations and special interest groups began to affect elections. Super PACs use these corporations as ways to be “transparent” about their secret donations. Big corporations that want to donate to a Super PAC might not because they feel like people or their shareholders might object to what they’ve done, which is why they donate to a 501(c)(4) so that their name won’t be disclosed and they can donate unlimited funds secretly. The 501(c)(4) can then donate their money to a Super PAC.

Super PACs are not designed to support the public good because money is power and more often than not we can see that money in politics is used for the good/benefit of candidates and corporations that work together to get what they want. For example, Super PACs allow the super rich and wealthy interests to buy influence over government decisions, in the event the candidate wins, so then a candidate might feel indebted to a wealthy individual/corporation that donated to the Super PAC that helped get them their winning votes and their policies might skew in the direction/political view of the contributor. And, as long as a Super PAC can relate an expenditure to the “mission” of their PAC, they can basically spend money on whatever their choose. Super PACs are a game for millionaires and billionaires. They are a game for corporations and other wealthy interests. Meanwhile, citizens are pushed to the sidelines to watch the corruption of our democracy.

Possible solutions to this problem include When it comes to fighting big money in politics, there is no silver bullet. Rather, we need a comprehensive set of reforms that can work together to fix our out-of-balance system.  These reforms include: constitutional amendments, small donor public financing, disclosure of political spending, and real enforcement of campaign finance rules.

Abbey I completely agree that this is a huge problem right now in america that has been overwhelmingly overlooked. The ability the superwheacthy has to influence politics is disturbing and the way they can overpower most of the everyday middle and lower class americans is just wrong. The whole idea of super PACs as well is also pretty scary and the fact that high schoolers in government class understand more about the dangers of untraceable money flowing through our political system than most of the country does is also completely wrong. I agree with the idea of constitutional amendments being put into place and also with comprehensive reforms to fix these issues.