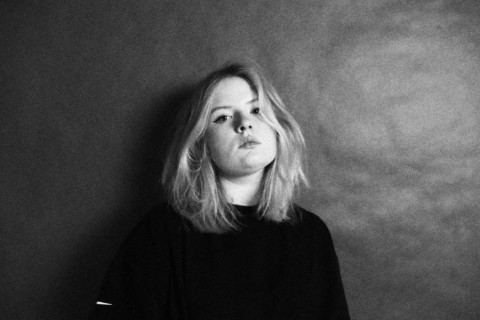 Force is “physical or sexual abuse or restrictions of one’s movement” and fraud is “false promises of a different job in the host country or misrepresentation of the working conditions.” Coercion is “threats of harm to the victim or victim’s family or friends” (Kaylor 1). The lives of the people who fall victim to human trafficking are in danger because “traffickers use physical violence to dominate and control their victims.” Traffickers scare their victims into doing what they want, which in turn makes it more difficult for them to escape their situation.

People who have survived being trafficked psychologically experience, “Post-Traumatic Stress Disorder (PTSD), Depression, Anxiety, Panic disorder, Suicidal ideation, Stockholm Syndrome, Substance abuse.” They may also physically experience “sexually transmitted diseases, menstrual pain and irregularities, miscarriages, and forced abortions, among other problems” that are produced from being trafficked (Kaylor 3). Having these after-effects from going through a traumatizing situation is something many people have to deal with.

Since, “the majority of sexually exploited human trafficking victims are women and children,” this means that most of the population, if not the whole population, is in danger of facing this very real and uncomfortable problem that needs to be solved (Kaylor 2). Human trafficking was first around in 1700 by the name of white slavery, which was defined as, “obtaining a white woman or girl- by the use of force, drugs, or by dishonesty- for sex which is unwanted by the woman or girl.”

Human trafficking today is seen as a problem, just as it was noticed to be in the late 1800s and early 1900s with worldwide conferences being held in 1899 and 1902 to discuss white slavery (Kangaspunta 1). Later on, in 1910, 13 countries went on to sign the International Convention for the Suppression of White Slave Trade, which made human trafficking illegal (Kangaspunta 2).

Even though human trafficking is a crime in most places, if not everywhere, it still occurs in our society. The trafficking is just hidden, so it is hard to discover and put a stop to. Normally trafficking begins in a country that is developing, like South Asia, where the victims are then taken to wealthier countries (Kaylor 2). Although anyone of any age, ethnicity, or origin can fall victim to human trafficking there are groups of people targeted more than others: “undocumented immigrants, runaway and homeless youth, victims of trauma and abuse, refugees, impoverished individuals” (Kaylor 2). This shows that those who deal with worse living conditions are more easily human trafficked.

If nothing is done to stop human trafficking, many more people will be hurt physically, as well as psychologically. The number of human trafficking victims will increase and our society will continue to morally decline. The traffickers will think that no one notices the damage they are causing to society so “human trafficking will continue to flourish in environments where traffickers can reap substantial monetary gains with relatively low risk of getting caught or losing profits” (Human Trafficking 3). The innocence of our society will be taken advantage of and eventually be gone.

I love your work! It’s amazing to see an article bring light to such a hard to talk about topic. Especially a topic that is very frightening for young girls today. It’s interesting to read this and reflect on times where my self and maybe other young girls have experienced fear that they might be victims of this.

Dear Paige :
I am amazed by your post, “Problem Section: Human Trafficking in South Asia,” because many people do not realize that human trafficking is a big deal, especially with children and women. Sometimes it is not taken as seriously as one would expect because it happens a lot and it is so sad that it does.
One sentence you wrote that stands out for me is: “Having these after-effects from going through a traumatizing situation is something many people have to deal with.” I think this is tragic because to think that people experience traumatic experiences and that at any moment it could be someone close or even oneself.
Thanks for your writing. I look forward to seeing what you write next because your writing helped me to see the situation happening with human trafficking a little better than the knowledge I had. Also, I think it helps a lot to make people see the dangers in the world and that we need to always keep an eye on everything and everywhere.
Fatima Esparza

Hi Paige! Thank you for this article! It’s very important that people start to shed more light onto this issue, because it sadly is very common. I like your comment when you said that “…trafficking is just hidden, so it is hard to discover and put a stop to,” which is very true. Many people are scared or unable to come forward, so very little or nothing is done about it and no justice is served. Again, thank you for shedding light onto this saddening issue.