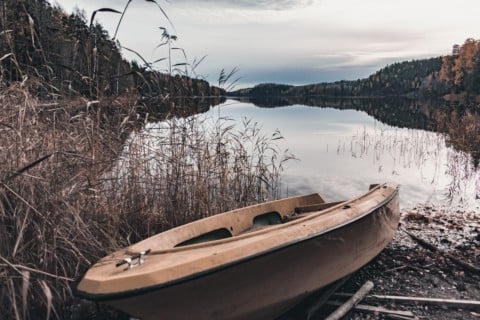 In a modern world that prides itself as being advanced, innovative, and inclusive, its reality could not be farther away from the truth. The inequality between men and women in the business workforce is anything but inclusive. The absence of gender equality in a company generates an unstable foundation rooted in male leaders’ shared prejudices- like a rowboat with one oar, confined to a small patch of water, rowing in circles. If the world truly wants to find lasting solutions to systemic problems, its major companies need to balance their leadership, hire women to break the generation-old male biases, and row free from their circle.

Many significant businesses claim that they are inclusive and encourage gender equality in their companies, but researcher Rashad Yazdanifard finds their claims misleading. While modern society has raised awareness to help women overcome the glass ceiling, the invisible barrier that separates them from obtaining equal treatment, it has also prompted increased male advancement. Yazdanifard ascertains that “even though the percentage of women who can break through the glass ceiling is periodically increasing; the percentage of the advancement of their male counterparts is profoundly increasing as well” (Yazdanifard 2). In other words, companies will promote women to higher positions to make their image look inclusive and with-the-times while conversely inventing new jobs to promote men. In doing so, the proportion of positions in the company remained the same; so, although it may appear that women are rising up, they are still in the exact place as they were before.

In a similar article about female obstacles in the workforce, author Jacques Ascher writes that a lack of social capital, absence of meaningful experience, and general stereotypes surrounding female attitudes all commit to gender discrimination (Ascher 111). In a decision between advancing a man or a woman, gender discrimination is automatically considered. While its influence may be conscious or subconscious in the decider’s head, it commonly results in the man having an unfair advantage. In other words, women are not perceived as leaders because of a preexisting prejudice (Aschner 108). Thus, companies’ unbalanced leadership continues to favor male progression and discriminate against women.

So consider this: are you okay with following a team of men, rowing a society in the same circle since the early 1900s, or do you want to be part of an advanced, innovative, and inclusive world? The choice is no longer up to men but up to everyone.

I love this post, it’s very hard to be a young woman and express my frustrations vividly. It’s quite interesting to look at woman in specific careers and the inequalities that differ from different workplaces. For example, women in STEM, there’s not that many and for me personally it’s hard to be confident about having a career in that category because of the lack of women.

Hi Maggie,
I really enjoyed your piece I feel extremely strong about this subject too. The way that you articulated this was incredible you were informative yet emotional and thought-provoking. We think that our country has come such a long way but in reality, we have stayed stagnant when it comes to women’s rights. Your last paragraph was very emotional and powerful. We have to be the ones to step up if we want to see change.
Very well done.

Hi Maggie! Great essay! It’s so important to illuminate issues as relevant and vital as gender inequality in our society. Giving specific statistics to back your argument and further solidify your thesis, I think you composed this essay wonderfully.

Maggie,
I really like your article and like the fact that you are shedding light on to this problem. I think your article is very well composed with really good information backing it. I think including different numbers can show the significance and power of your argument.

I agree with you wholeheartedly that this is wrong, however, it is not unexpected. This is a function of capitalism. In a capitalist society, men become more powerful. If we do not completely upheave the current system, it is highly unlikely that any REAL change will occur. It can be said, though, that we can still make changes and yes, we can, we have, and we will continue to make changes to our society that provides a more equal playing field for everyone. But men will likely always have a certain power over women in some way, and the only way for that to change would require drastic change that I cannot see happening any time soon.

Maggie,
Your problem section was very intriguing. It did not occur to me that many companies will go to that extent for their image. Women in the workforce deserve better treatment and equal opportunities than men. There should be no excuses for these types of actions. It very devastating to see that no matter how progressive we think we are there are still issues between men and women. I also really enjoyed your hook. It makes your audience think and consider what side they are on.

Maggie,
I really enjoyed how informative your problem section was. Personally today I thought that we have come pretty far to break that barrier of gender inequality but your article made me realize the reality of the situation. People have just gotten so use to the inequality they don’t even realize that they’re experiencing it and some people say they are very equal in their work space just to give them a better look which in reality they are not inclusive.