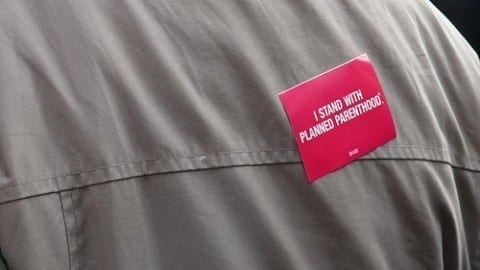 “Pro-life” and “pro-choice” come down to the question of abortion, whether to ban it or legalize it. There are two arguments and both have their own justifications.

Pro life is when a person believes that abortion should be illegal. If you are pro-life you believe that the government has an obligation to preserve all human life, regardless of intent, viability, or quality of life concerns. If you are pro-life it goes beyond banning abortion. Pro-life prohibits euthanasia, assisted suicide, death penalty, and war along with abortion. This belief is considered to be very conservative because when it comes to personal autonomy it takes away a person’s choice. When pro-life conflicts with government policy such as death penalty, it is liberal.

Pro-choice is the belief that individuals have unlimited autonomy when it comes to their own reproductive systems as long as their choice does not affect others. Pro-choice supports and advocates for celibacy, contraception use, emergency contraception, abortion and childbirth all remain illegal. Pro-choice wants to ensure that when someone makes a choice it will remain legal.

The point of conflict within these two standpoints is the issue of abortion. Prolife argues that all human life is sacred while pro-choice discerns that if a human personhood cannot be proven in pregnancies then the government has the duty to keep abortion legal. Both point of views are protecting rights but in the case of pro-life it is an unborn infant’s life and in the case of pro-choice it is women’s human rights, their moral autonomy, and their choices. It is a huge dispute with the government because it has to do with law and what can and can’t be done.

I think pro-choice is more reasonable for countless reasons but not all the time depending on the situation. I believe it is a human right for any female to decide what she wants to do with her body in terms of abortion but many might ague saying it is wrong to take a human life. Although I agree with that statement, I don’t think an unborn child qualifies as alive yet. The question then shifts to, “when does a baby become alive?” There are multiple answers to this like, “after it becomes a fetus” (8 weeks after fertilization of an egg), “when it has its first heart beat” (22 days after fertilization of an egg), or even “when their first conscious” (5 months old). I personally think it is okay to abort before the 2nd trimester (about 24 weeks) but anything after that is off limits. There are also many other reasons I believe abortions are okay like if the birth mother is not in a reasonable position to take a care of an infant. Whatever the case it should always be the mothers choice as long as its before the 2nd trimester.