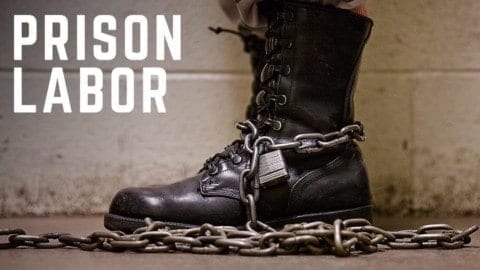 “‘It’s just dressed up slavery’: America’s shadow workforce rises up against prison labor” written by Carimah Townes who is a justice reporter on Think Process has a lot to say in her article. She has also written on other issues like abuse of cops and current problems in politics. In this article it also connect to similar statements made by CNN in “Why US inmates launched a nationwide strike.” like the cheap labor, protesting and abuse of prisoners (letting us know it is a reliable source).

Townes argues, “Regardless of the hard work they do during their sentences, there’s no guarantee that work will translate to a job with livable wages upon their return to society. What is certain, though, is that the corrections system will make money off of them.” The owners of the prisons are somewhat saying that they help prisoners by providing the experience. Yet Townes says that there is no way of really knowing if one will get the job. and supports her claim by stating that, “60 percent of the people who leave prison remain unemployed during the first year of their release” and also “close to 90 percent of employers take criminal records into consideration before hiring.” How will prisoners get jobs if they are not give real experiences? How can they get ahead of it if they leave prison with the couple of bucks they earned with $0.12 an hour ($0.40 being the most in that prison)?

CNN also expresses similar concerns, and points out a specific peaceful protest. “After inmates initially dispersed in a peaceful manner, Bates said prison guards stormed the jail with long guns, tear gas and pepper spray. They removed about 200 protesters before proceeding to tie them up with zip ties and shook down their bunks. Inmates also set at least one fire and vandalized the facility, a police union told the Detroit Free Press.” This shows the abuse prisoners receive. They risked getting solitary confinement, longer sentences, and privileges of seeing their families to get rights.