Print Is Dying, And No One Can Heal It.

Home Print Is Dying, And No One Can Heal It. 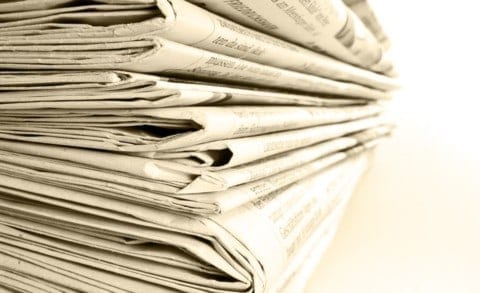 Since 1882, The Panolian Newspaper (located in Batesville, Mississippi) has been delivering news all across Panola County. It has helped thousands of locals keep up with what’s happening around their own community. However, in the new age of social media, people are starting to rely more on mobile devices to tell them what is going on around in the world we live in today ,and it’s not just affecting The Panolian, it’s affecting print journalism all around the country.

“Most people want news right now, even if it is the total truth.” Myra Bean, a writer at The Panolian said. “ Most readers overlook journalistic ethics in their pursuit of the news by the day.”

Myra Bean has been working for The Panolian for 27 years and has noticed the downfall of other nearby newspapers including The Southern Reporter (which was located in Panola County at the time) in 2013.

It’s not just affecting local newspapers, but it also affects local magazines. Rebel Nation Magazine announced in April that they were closing its doors. The magazine first debuted in July of 2013, and covered all aspects of Ole Miss sports for six years. Sadly, it became a victim of a harsh reality.

“People my age grew up without the internet so all of the information was provided in print formats (newspapers and magazines).” Greg Pevey, the founder of Rebel Nation Magazine said. “Young adults have grown up in the computer age where everything they need is at their fingertips online. People around my age still love and appreciate magazines and the feel of holding one in their hands, but the newspaper industry is pretty much going all digital now.

For some, Newspapers has always been their way of getting information whether it was for upcoming local events and news, or major things that is happening around the world. Many older people in Panola County are upset to see that newspapers are slowly going out of business and doesn’t want to see their county lose their main source of news.

“It hurts to know that few people are interested in having a physical paper in their hand.”  Ethel McKinney, a retired nurse from Sardis, states. “With the new age of the internet, most younger people are hooked on that system of entertainment and many read very little.”

McKinney was born in Sledge, Mississippi but has called Panola County her home for the past 69 years. She makes sure that she reads The Panolian every Tuesday and Friday to see the latest news and upcoming events around her community. She also stated that she feels as if the younger generation does not read a lot of print and that falls on the parents.

“Young parents work and do not always require their children to read books or pay attention to their studies,” she stated. “The many technological inventions starting with television has played a large part in that. It provides vast hours of entertainment.”

The Panolian is one of the oldest newspapers that covers local news in Mississippi. They have cut back on pages and staff in the past few years ,but they have not given up yet. With the support of the older community, The Panolian will continue to publish every Tuesday and Friday to give us information about what is happening in their community.

Your post is so honest and amazing. I learned so much from your post that i did not know. This is also sad and heart touching that this happens. Thank you for your post it educated me on this topic. I look forward to seeing your next post.

Hey Johnathan, this article is awesome! I am the editor of the school newspaper at Judge Memorial. I totally agree with the fact that news has gone much more digital and that it is less common for readers to pick up than a physical newspaper. I think it is so interesting and adds a valuable personal element to the story that you interviewed and have quotes from people who have been directly impacted by this change. In regards to how the media is affecting newspapers, I think you should take a look at this article https://www.theguardian.com/media-network/media-network-blog/2014/jan/30/digital-world-changing-concept-news . A reporter for The Guardian discusses how the digital world has not only changed how we consume news but has also changed the way in which journalists report/write their articles. Thank you so much! I look forward to reading more of your articles! I hope you write more in regards to the media and how it interacts with the modern world!

I have also noticed a decrease in print throughout my life. Like you said, print is a dying industry because we are in the digital age. Kids would rather have thousands of free, personalized, articles at their fingertips than big pages of text that only come once a week. We can hope that eventually people will begin to realize that print is a useful tool, yet until then, this is the reality we live in. Overall, however, your essay was very interesting and a good reminder of the negative effects of technology.

Your article is so true and well written. The Oxford Eagle has also been hit. It does not print on Monday and prints a weekend edition on Saturday. That means that if you want to know football scores , you have to go to the internet or wait until they print on Tuesday. They mostly just print Ole Miss sports. I used to work at the Oxford Eagle inserting ads. We were doing up to 40-50 ads at Thanksgiving, but now they do only about 5. I was a long time subscriber, but dropped it a few months ago. Not much news on four pages. 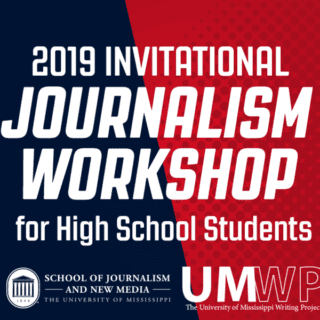