Prejudice towards immigrant children is dangerous to their mental health.

Home Prejudice towards immigrant children is dangerous to their mental health. 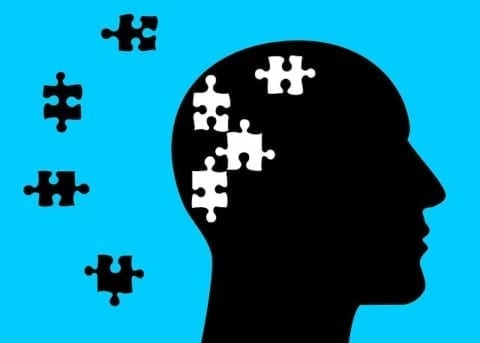 In the memoir Americanized by Sara Saedi, she talks about the fact that she struggled with identity as an immigrant child from Iran growing up in America. She explains how she was torn between assimilating with the culture around her and becoming “too white”, or keeping with her own culture and not being able to fit in with her friends and people at her school. At one point, her parents even said: “‘You’ve been hanging out with your American friends too much,’” (Saedi 71). As a teenager, it was difficult for her to determine how much she should identify with her heritage and how much she should identify with the dominant race in the country she currently lived in. It was her goal to live as incognito as possible in the public eye as an Iranian. She also often got comments about her looks. People would point out the differences in her face that are stereotypical Iranian features. Although the people who say these things don’t think much of their comments, it took over her life until she could fix it. She says: “The comment left me adrift in a river of teen angst. Words escaped me. For once, I didn’t have a cutting response at the ready. My face was on fire. My eyes filled with hot tears. I wanted to crawl under my wobbly desk in ninth-grade English and stay hidden there forever” (Saedi 41). This was in response to a boy telling her she had a unibrow. She explained how she was not even aware of this until he pointed it out, and that she could’ve gone her whole life unaware if he hadn’t. Things like this can make a person struggle with identity.

In the University of Chicago School of Social Service Administration Magazine, there is an interview with a young Latina girl who is undocumented. She explains how she was keeping this secret from her friends, boyfriend, and lots of other people in her life. The article states: “She talked about how, a few weeks prior, her boyfriend had railed about the ‘damned illegals’ while the two of them were watching a news report featuring a protest staged by undocumented workers. She quietly broke it off with him the next day, claiming that she was too busy with work and school for a relationship” (“Immigration”). This is another example that shows how discrimination about identity can effect a person’s whole life. It would be beneficial to everyone in America, especially immigrants, to try to lessen or even eliminate discrimination.

Another article I read was about a 13-year-old boy and his mom at a store. They aren’t even undocumented, but they are from Mexico, so a woman made an assumption that they weren’t citizens. The article says: “Dehumanizing messages manifest through verbal abuse and also physical attacks. Jose’s 13-year-old brother, who was born in the US, still cries when he talks about the abuse that he and his mother experienced at a store, where a white woman pushed them and told them to ‘go back to Mexico.’”(Valdez). It then goes on to talk about how this can severely damage a child’s mental health and sense of self and identity. Children are often too young to understand these things, and it can make them grow up not knowing who or what they want to be.

According to Taif Jany, interviewed by the Aspen Institute, more natural-born Americans need to know about the struggles that immigrants go through in order to understand them better. He says, “I wish that more American citizens who might not be as familiar with the immigrant experience would be more open to sitting down and talking to immigrants, refugees, and asylees in their communities. I don’t want to generalize, but the majority of immigrants who come to the United States have fled their home countries due to some sort of harsh reality such as war, violence, gender discrimination, racism, economic difficulties, and more. Their stories need to be heard. At the same time, having those conversations is also crucial for immigrants to understand what it is like to be an American and what this country has to offer” (Jany). If everyone would just take five minutes out of their lives to read about these things, then there would probably be much less discrimination and battle with identity.

These four specific examples show the adversity that immigrants face on the daily, simply for being immigrants. It’s unreasonable, especially for immigrant children, that they have to go through this type of intolerance. In Americanized Saedi explains how she essentially had to code-switch between her white friends and Iranian family. This shouldn’t have to happen–she should be able to be herself with both parties. She shouldn’t have to change her identity in order to “fit in.” Overall, prejudice can ruin an immigrant child’s life, and people should educate themselves more about this topic in order to prevent identity conflict in those children.

I strictly agree with your post, “Prejudice towards immigrant children is dangerous to their mental health”, because it really exhibits the reality of the struggles American immigrants go through. I agree that it is difficult to find your balance in between your own culture and the American culture and how it makes you struggle with your identity. One sentence you wrote that stands out to me is “I wish that more American citizens who might not be as familiar with the immigrant experience would be more open to sitting down and talking to immigrants, refugees, and asylees in their communities.” This sentence stood out to me because those who discriminate against other cultures or races discriminate because they are ignorant in the stories of immigrants.

Thank you for this writing. I look forward to what your next writing is, I am impressed with your knowledge of those who’ve immigrated and their issues when immigrating. I would like you to continue to mention the struggles of immigrants to inform those who aren’t familiar with how immigration occurs.

I appreciate and can relate with your article. As the children of immigrant parents, I have often had to deal with balancing assimilation into American culture with preservation of my original culture. Your suggestion to overcome this dilemma by refusing to act on prejudice is one I support, encourage, and agree to act on as well.