Poverty in the 21st Century

Home Poverty in the 21st Century 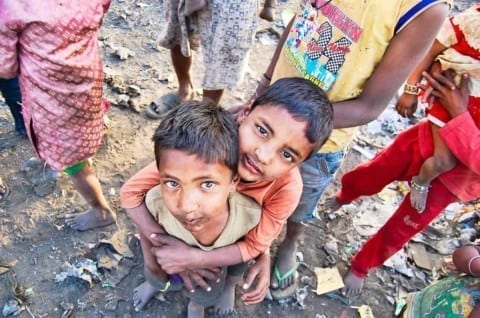 Living in the upper-middle class as a young woman in the United States, I haven’t found or seen many areas of complete poverty, but that doesn’t mean that it’s not a terrible problem in our World and country. When I hear about extreme poverty, especially in developing countries, it makes me wonder what our world can be doing and why we haven’t taken the measures to adequately lessen the issue. To know that so many people have the means to support others, yet do nothing about it, breaks my heart. Our whole nation, and many parts of the world have come up short when lending a hand to those who most need it. It baffles me, that in 2017, hundreds of millions of people don’t know where their next meal will come from.

In this article I read about poverty and world hunger, it states that about 896 million people in developing countries are living on $1.90 a day, or less. Due to conditions of poverty, about 22,000 children die each day because of their terrifying circumstances. I also became aware that the vast majority of the impoverished live in rural areas that are rarely educated and hard to escape. Our world has taken great strides in the past decades though, cutting poverty by about 25 percent from 1990 to present day.

Our work to end extreme poverty is far from over, there is still much to work on and achieve each year. People who make it out of poverty still have a high chance to jump right back into it due to economic instability and other life defining factors. What our world needs to focus on now, is how to reach these hard-to-find places and do our best to educate and provide whatever we can for those whose life depends on it.

I am intrigued by your post post because you start off by talking about the lack of poverty that you see and go on to say that just because it is not seen does not mean it doesn’t exist. You wonder how in 2017 it’s surprising to see that nothing is really done to help those who do suffer poverty, but it really is not surprising because people are not capable of acknowledging the things they do not experience or see first hand. For someone like you who has grown up in the middle class you can’t say you understand what it means to be rich because you never got to experience being rich just the same as you have never experienced being poor. People may never be able to truly help those in need of dire help because the thought of being extremely poor to that level is hard to wrap one’s head around.

Something you said that stands out to me is that about 896 million people in developing countries are living on $1.90 a day, or less according to the article that you read. That stood out to me because it’s astonishing and upsetting that we as humans allow other humans to live off of basically nothing a day and expect them to be able to lift themselves out of poverty without a helping hand.

Your post makes me wonder with all the natural disasters going around the world at the moment if those people would go back to living their lives or if they would add on to the 896 million people who are just surviving rather than living.

Thanks for sharing your post, I look forward to seeing what you write next, because the topic you chose is a topic that needs to be talked about more to bring attention to it. I hope you continue to write about the things that matter and need to be said.

I am satisfied with your animation because you say that poverty is the biggest problem in this world, I honestly agree with you, this is not a problem that a person can figure it out, the whole world should be concerned about this topic. There are few people that are helping to change this world but its not enough, we all need to see ourselves in there position.
One thing you said that stands out for me is when u said “it states that about 896 million people in developing countries are living on $1.90 a day, or less.” I think this should blow peoples thinking because these poor peoples can’t even feed themselves, they family and kids to feed too. I know plenty of people that donate money, but this is not enough, like I said the whole world should turn there faces and start helping those poor humans.
Thanks for sharing your post.
Regards,

As far as this worlds priorities go, I feel as if poverty is at the top with cleaning the environment. You displayed this image of children with dirt on their bodies and clothes that barely fit them. You see pollution on the ground and most importantly you see the smiles disappear from their faces. It’s obviously a sad image to see, something you can’t control because you’re just born into the lifestyle. I sit here and wonder as I have a roof over my head and clothes on my back what I can do to help. Although, as sickening as it is to say, the world just doesn’t offer that many opportunities to the ones in need. I say this because as high schoolers we are often pushed into helping our local communities. So question marks start to raise like, If today’s youth isn’t helping them in the present, who’ll look after them in the future. I do understand that there are organization fighting to end poverty, but as you mentioned earlier. There are over 896 million people who live in poverty, so what are a couple thousand people going to do with almost a billion people living in poverty. That rate will only increase faster if we don’t get more people involved in helping the ones in need.