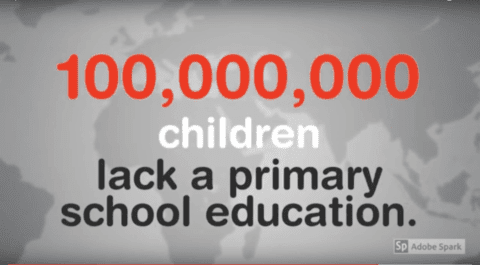 My name is Zacharia and I want to take action against poverty in the United States. I am not originally from the United States, I came here at the age of four with my family from Morocco. I am 14 and I live in Queens, New York, I also go to The Baccalaureate School for Global Education in Astoria. New York is depicted as a very nice place with a lot of skyscrapers and such, however, there’s a side of New York that people don’t really see except for its inhabitants. Every day I see homeless people struggling to survive and get some help or money to get daily needs such as water and food. I want to take action against these injustices and find any way that we can help people struggling in poverty.

As a 14 year old student I can not really do much but with support we may be able to help those out there not really living the lavish life. Poverty has been such a terrible problem everywhere, and I hope my project can help spread the word.

Also if you are interested in finding out more about the topic you could visit my blog at https://helpingthehomelessnyc.wordpress.com

Dear Zacharia,
I was really moved by your article “Poverty in NYC”, because it showed me how easy it is to forget about these people and their struggles even though we see them everyday. Everyday, people walk past homeless people in New York City and nobody seems to care about them. Your article really helped me realize what big of a problem this is and how we have to do something about it.
One thing that really stood out to me was how you made a personal reference when you spoke about how at the age of 4 you moved to New York from Morocco and provided your own insight on New York and the things that you see everyday walking down the streets of the city.
I also like how you included the video. I feel like it provided me with a lot more information to your case and that really helped me understand the topic more thoroughly.
Thanks for your writing. I look forward to seeing what you write next, because I got really interested in this topic.