Poverty in America vs the World

Home Poverty in America vs the World 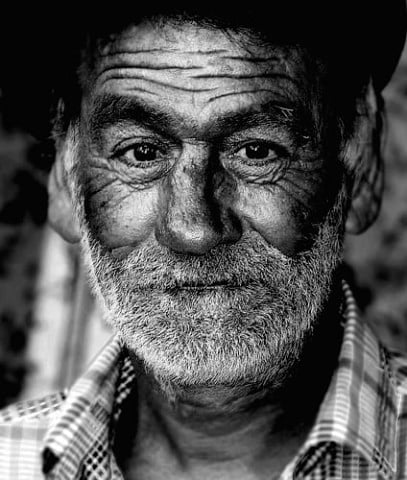 There has been a big talk about poverty in the world and even in America. According to the Huffington Post about 14.5% of americans live below the poverty line, and get some form of assistance from the government. These families typically live in a small house, with at least a car and the kids go to work while the parents are off at work trying to make an income. They get help from the government with food stamps so they can eat, and have many amenities that are free to the public or at a low cost that almost everyone can afford.

This summer I had the amazing opportunity to go to Thailand for a humanitarian service trip for two weeks to serve in a community, where they were living in poverty. The country was filled with families work hard day in and day out, and the kids were sent to school for 5 hours, and then would help the school with projects they needed help with to restore their properties. It was normal to see a family living in a house with a common room outside with a partially covered roof, and one big covered room, where everyone in their family slept. That includes their grandparents, the parents, and typically 2-3 kids. The Thai people lived in a community, where they believed sharing was a big part of their lives, and would share their food or even tools. Typically a couple of people would have cars in the neighborhood, and if you needed to go somewhere you would either walk or borrow someone’s truck or scooter. They did not having washing machines, showers, or better yet even electricity, and would have to do everything manually.

It is interesting to see poverty in America vs poverty in undeveloped countries. The people who live in an undeveloped countries definitely take poverty to a whole other lever, and yet the people there somehow are happier. They have so little, that it makes the people living in poverty in America look rich. I hope the fight to end poverty continues, and people begin to realize that there are countries out there that have it so much worse than what we have it here in the USA, and to be grateful for everything that we are given.

I am moved by your post and am also trying to bring attention to the many negative effects of poverty on young minds. The difference between poverty in America to poverty in third world countries because of the fact that many people in America’s society may not have knowledge in subjects that deal with the difference between problems in economies is mind blowing. People take things for advantage and don’t know the hardships many people face every morning when they wake up.

Dear Caleigh :
I am amazed by your story and experiences discussed in, “Poverty in America vs the World,” because I am also working to fight against and raise awareness for poverty. I admire that you traveled to Thailand and lived among the less privileged people of the world. This must have been a humbling experience, as you other people are born into better situations than others.
One sentence you wrote that stands out for me is: “The people who live in an undeveloped countries definitely take poverty to a whole other level, and yet the people there somehow are happier.” I think this is a great difference that America has when compared to other places. It’s important for people to be content with what they have, but also strive and work hard to reach bigger goals.
Your story reminds me of something that happened to me. I am part of my school’s committee focusing on poverty in New York City. We donate money and food to the people in poverty in our own city. Over 1 million people face these struggles in New York, but I never realized how much worse it was in other countries.
Thanks for your writing. This gave a me huge insight into the larger picture, how big of a problem poverty really is in our world, not just my home city. I hope that with the effort people like you are dedicating, we can reduce the amount of poverty in the world.
-Camille

Hello Caleigh, I’d like to mention that I am really satisfied in how you compare the differences between poverty in America to poverty in third world countries because of the fact that many people in America’s society may not have knowledge in subjects that deal with the difference between problems in economies. One thing in the context that stood out to me was when you quoted “This summer I had the amazing opportunity to go to Thailand for a humanitarian service trip for two weeks to serve in a community, where they were living in poverty….” this line intrests me in the way that its so crazy and just mind blowing on how your perspective and vision of something changes to not be one sided to having multiple views of one religion, culture, and etc. This mainly makes me remember of when people use to categorize me as just an Asian kid with all of the stereotypes you could imagine to think of but they got surprised to know real facts and history of my culture and the traditions we celebrate. Thank you for sharing your thoughts and experience in this subject I really look forward to your next post!!

Caleigh,
I loved your post. It really spoke to me. I think it is incredible that you got the opportunity to experience going to another country and getting to see and live in Thailand’s culture and environnment. It was very interesting to read somewhat of what it is like their. When you said that they somehow seem happier despite having to do everything manually, I believe that they are happier because they have to do everything manually because they work hard for what they earn or have or even wear.

We in America are very lucky but it also is sad because so many people are selfish with their money and spend it when they are rich wen we could all as a country try to help other countries that are in poverty to help them get out of it or have it be a little better. I think it is inspiring that they do everything manually.

HI! I enjoyed reading this post because this is a topic that I feel strongly about as well. For the past two summers, I have gone to Haiti on mission trips and seen the poverty there. It is similar to the kind that you describe that you saw in Thailand. After seeing the poverty in Haiti, coming back to America redefined the meaning of poverty to me. We are lucky to be able to live in the United States where we do have government programs that can help people in poverty in America.
-Shenika