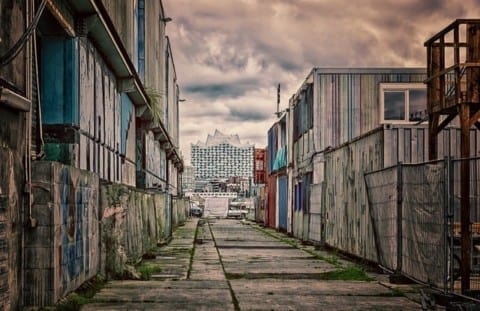 One of the issues Born Bright is about is the problem of poverty in America. The author, C. Nicole Mason, tells the story on what her childhood was like growing up with just barely the necessities. Through many points of her life, her family had to rely on food stamps and get support from the government, or borrow money from friends just to afford dinner. Living in poverty was one of the big issues that Mason had to go through when she was young, and it still continues to be an issue today.

Poverty is still a problem today, as “the percentage of people in deep poverty has doubled since 1976,” (Edelman). One of the main causes for it is that there are not enough jobs for everyone, and that jobs are low paying. According to Kahn, “the latest research shows that no one working for the minimum wage of $7.25 can rent a basic two-bedroom apartment in any of our United States,” A program developed to help this problem is AmeriCorps, since they try to hire many people younger than 26 years old, so more people can become employed. Like Mason, many people rely on food stamps, as “some 6 million people out of those 20.5 million have no income at all other than food stamps,” (Edelman).  Although the percentage has doubled, America has established many programs to try to help the issue of poverty. Little things like food stamps might not help much, but can provide some assurance to those who have nothing at all.

The child poverty rate is still a problem as well, as “about one in five children lack consistent access to sufficient and healthy food,” (Kahn). As a minority, there are even lower rates compared to children in general. In Born Bright, Mason struggled most with poverty as a child, and had only few clothes and food to support the family. Also, she is African-American, which made it even harder for her family to earn money, especially since is was worse back then. On the other hand, there are now better programs to help children today. One example includes reduced lunch, which helps make lunch more affordable for people living in eligible conditions.

The city or place you live in can be a factor. Every state in America have different cost ranges for the same type of building, which could decide how affordable it is. The Official Poverty Measure states that an apartment in California costs around $2,900, while a similar apartment in New Mexico costs only about $960. The poverty rate in New Mexico is the lowest of all 50 states, even though costs can be lower than some other states. (Devore). This is what makes it a deciding factor, since more people can afford things is states that have lower prices and less taxes.

Many people today are trying to figure out the best ways to help this situation of poverty. It is not something that can be fixed easily, but there can be more things done to help the problem. For example, the rate at which poverty was the highest was in 1959, with 22.4% living in poverty. After getting higher rates of people living in poverty, President Lyndon B. Johnson established War on Poverty, which helped gain a low rate of 11.1% in 1973 by establishing more programs to help. (“What is the Current Poverty Rate in the US?”). This shows that people can make difference if they try, and that getting it to low rates is not impossible.

Poverty is definitely still a problem today, but many programs have been established to help the issue. Communities have changed since back then, and there always people who want to make a difference. These newer changes help this problem, and hopefully continues to help those in need today.

I am happy with your post, “Poverty in America Today,” because it is very informative. I like it because it relates to my topic. The facts will help me with my blog.

One sentence you wrote that stands out for me is: “The child poverty rate is still a problem as well, as “about one in five children lack consistent access to sufficient and healthy food”. I think this is sad because children aren’t able to have necessities they need to grow. This is unacceptable and is a huge problem.

Another sentence that I liked was: “Although the percentage has doubled, America has established many programs to try to help the issue of poverty.” This stood out for me because it shows that there are efforts being made to help the less fortunate. This a good thing.

Your post reminds me of something that happened to me. One time I was reading a story about someone going through poverty. They struggled to meet ends meet too. They were forced into an unhealthy lifestyle.
Thanks for your writing. I look forward to seeing what you write next because there are a lot of facts. It will help me with my blog.

please check out my blog: https://peopleoverpoverty.home.blog/2019/04/16/more-memes/

Thank you for writing about the issue of poverty in the United States. It is so frequently assumed by the middle and upper class of the US that there is no big problem with impoverished citizens; this is blatantly false. One of the statistics you mentioned about the minimum wage not being enough for a small apartment was startling and upsetting. Your resources that you pulled from appear to be legitimate. I appreciate your piece on poverty mainly because of its unbiased and statistical foundation.