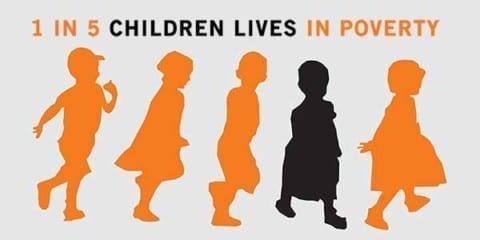 Dear Mr. or Mrs. President,
When the thought of bettering our nation comes to mind one thing sticks out the most, and this one thing impacts so many people around us everyday. I am referring to poverty, and the terrible effect it is having on the people and families of our nation. Poverty in these highly populated large cities is taking place because of the high cost of living, and the low amount of pay that jobs in these cities offer. This is a problem that has to be addressed and fixed now, or it will continue to get worse.
One of the key factors of the poverty going on is the low paying jobs. When a population increases so does the unemployment. The amount of people that are in need of a job in order to support their cost of living is allowing businesses and corporations to under pay or minimize the amount they pay their workers. According to the article “Should the Federal Minimum Wage Be Increased?” there are many people that are earning minimum wage or lower; “2,561,000 workers (or 3.3% of the hourly paid working population) earn the federal minimum wage or below.” The current minimum wage sits at $7.25 per hour. This is not nearly enough money for a family to live on, and that is why it would be beneficial to increase the minimum wage. So that these working class people can make enough to actually support their families.
The cost of living is also having a big impact on the people that live near and around these cities. The high cost is making it so that these working people are taking home less money. In the article “How Differences in the Cost of Living Affect Low-Income Families” by Lewis Warne and Marcelo Ostria, they talk about how the cost of living is taking away income from these already low-income families living in the big cities. “Living in New York City costs more than 2.25 times the national average; hence, an income of $23,550 would only buy $10,439 worth of goods in New York City.” This is truly a big problem because a low-income family can not afford to lose $13,111 because of overpriced necessities. In the same article it compared the price of living in New York to the price of living in Fort Wayne, Texas. “If a family moved from New York City to Fort Worth, Texas, the same $23,550 would buy $25,765 worth of goods.” Something has to be done about this cost of living because in highly populated cities it is taking away much needed money from the people that live there.
There are many things that are having a negative impact and causing more poverty, but there are a few things that are making a positive difference. The number of full time workers has increased over the last year and is definitely having a positive impact on the poverty levels. “The real median earnings of men and women who worked full time, year round between 2014 and 2015 increased by 1.5 percent and 2.7 percent respectively” (Income and Poverty in the United States). This just shows that we are heading in the right direction because in the same article by Bernadette D. Proctor, Jessica L. Semega, and Melissa A. Kollar, it talks about the change in the poverty levels in the past year. “The official poverty rate in 2015 was 13.5 percent, down 1.2 percentage points from 14.8 percent in 2014.” These facts show that an increase in the number of full time jobs is leading to a decrease in the number of individuals in poverty.
The United States is heading down the right path, but we need to continue working on these things so that we may have a positive effect on the future. We need to work on making more full time jobs available so people can go out and work to make their lives better. At the same time we need to work on lowering the cost of living so that no amount of annual income will go to waste. If we can do all these things our country will see a great, and positive impact on the poverty levels of out nation.

I agree with your point that the increase of minimum wage jobs caused the increase of people in poverty. I think that your solution is a possible way to limit the poverty gap and start a deflation in prices so everything could be affordable for everyone.