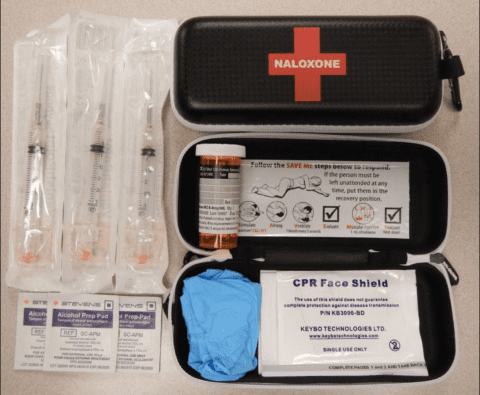 All across the world, people use drugs. Whether it be marijuana, heroin, cocaine, meth, etc. people use it. In most places, though, doing these drugs is considered illegal and is punishable by a lengthy prison sentence. This is an especially large issue in the United States, where people can go to prison for years for just having some weed on them in certain states. This problem only really became an issue when Nixon started the War On Drugs and was made even worse when Reagan decided to get even tougher on drugs. Being an addict in the U.S. is considered a criminal offense, rather than a medical issue. In Portugal, though, this is no longer the case. Portugal had a rampant drug problem in the ’90s and it was really destroying them as a country. People were getting HIV and AIDS at a very high rate, overdoses were through the roof, people were using more hard drugs than before, etc. It got out of hand. So in 2001, Portugal decided to try something radical: they decriminalized all drugs. This had never been done by any other country and people all over the world thought this would end in disaster for them as a country. However, what really happened proved that people were wrong about the War On Drugs. The War On Drugs made out addicts to be criminals when really all they needed was to be rehabilitated. Portugal took funding out of their DEA and instead put that money into improving rehabilitation and making safe places to use drugs with clean needles and people on standby in case of an overdose or any other medical emergencies. They also did not arrest these people when they were found doing these drugs. Instead, if these people were found with were once considered illicit substances, they were referred to a rehabilitation clinic. In doing this, the addiction rate went down, overdoses went down, HIV and AIDS went down, crime went down, etc. It did not solve their drug problem entirely, because that is impossible, but it saved the country from and it helped people overall. Some people are still skeptical that this could work in the U.S. because people think using drugs turn you into a criminal and that there would be more violence and crime if we decriminalized drugs in the U.S., however, I argue that the only reason we think that using drugs makes you a criminal, is because the government made it that way. In reality, though, drug addicts are people, too, and until you treat them as such, the problem will only get progressively worse. Obviously, this solution has flaws. For one, more people would be likely to try drugs once. However, to immediately combat that, studies have shown that repeated drug use would go down. Another objection someone might bring up is that some drugs make you violent, therefore, allowing people to take drugs that make them violent could possibly increase violent crime however again, this can be combatted by having them take the drugs in a safe environment where they couldn’t possibly hurt anyone. It is a net positive to decriminalize all drugs as opposed to continue making it a criminal offense because it helps a large number of people and it doesn’t hurt many people if any people at all.