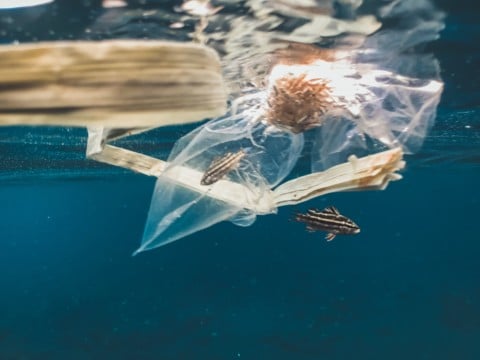 Pollution takes effect in many forms. There is air, water, and land pollution and they all have a role in our environment. Pollution can be identified as waste or garbage from other areas of people pollution. Pollution in the ocean is one of the most dangerous and long-lasting types of pollution. There are many causes of it such as “littering, storm winds, and poor waste management all contribute to the accumulation of this debris, 80 percent of which comes from sources on land”(National). Pollution harms the environment and the living species within it. The garbage and waste gets left in the ocean and animals consume it causing harm to themselves. Garbage and waste pollutants are harmful “when small organisms that consume microplastics are eaten by larger animals, the toxic chemicals then become part of their tissues”(National). Also, once the bigger fish or animal consumes it, humans can catch it and take it to eat and not even realize the poisonous problems it may have. This is how it spreads and is harmful to people and animals.

Pollution is not limited to one area. It has spread globally and is now a major problem on land, in the ocean and in the air. Pollution has always been a problem but not like it is today. It has dramatically gotten worse within the last hundred of years. Due to pollution “thousands of animals, from small finches to blue whales, die grisly deaths from eating and getting caught in plastic”(Center). The pollution in the ocean affects every size and every creature.