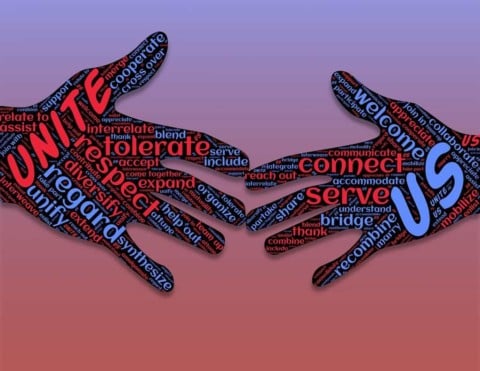 The idea of political socialization is a huge part of our society today. By definition, political socialization is “the process by which people form their ideas and values about politics.” The many influences that play a role in this are one’s upbringing, family life, social media involvement, and peer groups. Before mass media, children were really only exposed to what their parents said or did and the current news. Now, children and young adults are exposed to millions of sources that educate them about views of politics.

The first few years of a child’s life are critical for social, emotional, and mental development. Along with all of the other essential parts of human development, what a child hears about their parents beliefs has a lot to do with what they will one day believe. For example, if a child is raised Buddhist, it is highly likely they will continue to have similar beliefs as their parents. When it comes to politics, children repeat and believe what mom and dad say. It is highly unlikely that they will understand or know anything else about politics, and at a young age, excluding rare cases, it is more common to see a child have the same views on topical issues as their parents. It is not until one grows up that they are able to develop their own views on given topics.

Annette Hauschild is an excellent example of being a victim of political socialization. She was raised in a Neo-Nazi society, only being exposed to what her parents and siblings believed. Her childhood consisted of attending “Hitler camps”, where they sang songs from the Third Reich. Her father was incredibly strict and insisted on a particular set of rules in the household. It wasn’t until she was 19 that she finally realized the Holocaust was real. Hauschild was born into a family where she was conditioned to believe certain things. Her parents shielded her from the truth, never allowing her to understand outside beliefs until she was out in the world on her own. Hauschild was a victim of the bad side of political socialization, in which she was never exposed to the ability to form one’s own beliefs. Her special connection to this idea is what led her to further her own beliefs in order to create a more independent lifestyle. An interview with VICE can be read at https://www.vice.com/en_uk/article/evbgb4/what-its-like-to-grow-up-with-elite-neo-nazis

When it comes to what political party someone desires to be apart of, the things they read, see, and understand all contribute to what side of the political spectrum they land on. The exposure to the outside world allows them to change their own views, but this often doesn’t happen until later on in a person’s life. Majority of the ideas surrounding political socialization are psychological and highly influenced by the environment in which one lives. Like Annette Hauschild, each of us has been influenced by our upbringing and political status of those we look up to.