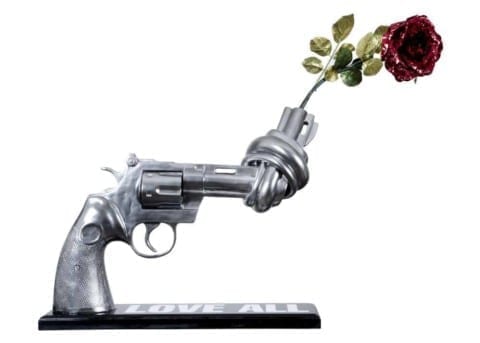 Throughout time, political polarization has been present in all forms of governments. It is not always a bad thing, as differing ideologies will lead to better, more complete solutions to conflicting problems. However, the issue comes into play when political polarization becomes such a large concern that it clouds the voter and politicians views of more important issues. For the past ten years, political polarization has been increasing in the US by a drastic amount, as can be seen by the decreasing amount of the population that consider themselves to be “mixed” in their political viewpoints, which is shown in the large peaks of those who consider themselves “democrat” or “republican”. This increase has created a culture more oriented towards extremist positions, a stagnate political body, and much less unified country.

This divide of the political body has for the most part been propagated by the introduction of social media, which allows one to shape what news they gets and hear from. Studies have shown that people on the internet will generally obtain news from sources that coincide with their viewpoints, and with the large amount of sources available, this further proliferates the problem. Continuing along with this, is the fact that people can block certain sites or ideas from their viewing, as an estimated 44% of people who consider themselves “liberal” have blocked or unfriended someone based on differing ideas. Conservatives are also culpable in this situation, as they surround themselves with almost solely like-minded people. This creates a political climate where people do not have to interact with others with differing opinions. It is where the root of political polarization lies, with the fact that people do not have solid discussion and think about opposing ideas, and one does not have to question and find a middle ground for their particular ideologies.

This issue doesn’t just occur at the individual level, one can see it happening at the governmental level, where the level of polarization in both House of Representatives and Senate has increased drastically in the past 20 years. In order to fix this issue, it may need to stem from the top rungs of society. A total reform might be a possible solution to fix this problem. As one can see from the previous graph, division between the House and Senate populations has become increasingly an issue. This division trickles down to the citizens, who view this occurrence in the news and media, further dividing their own opinions. It has created a situation where party lines have become even more distinct, and have led to people to vote more based around solely political parties, rather than ideas or people. This is conducive to a society that truly embodies the idea “Ignorance is Strength” from 1984, wherein a un-informed society leads to a much more powerful government. To avoid this, one could argue for doing away with a primarily two party system. This would be a drastic step, but it would, in the end, stop a system that promotes ignorance from its citizens. This would be met with much resistance, particularly from political identities who thrive off of the ignorance of their constituents, as well as citizens who enjoy the simplified voting process. This opposition would make this change difficult to truly enact, but just bringing this idea to the forefront of political issues may be enough to cause some change.

Another solution that may not be a drastic, but still influential, would be the re-introduction of local media. With many national media outlets finding themselves on either side of this partisan line, people begin to make their decisions based along party lines much more frequently than before, contributing to this issue. This increase in larger news sources has lessened the influence and power of local media, a previous source for mainly non-partisan news. A reintroduction of this source of news could be a catalyst for change in a more positive direction. The only problem with this idea, would be the same reason it went away in the first place: smaller news outlets just cannot get enough revenue compared to the larger media conglomerates. It would require more support from cities and areas across the country to help to increase the influence of local media, which, in turn, could lessen the divisiveness in our political climate.

Increased political polarization in the US and in the world has very negatively impacted the way politics work, and how we interact with each other. Unity has been replaced by divisiveness, and and striving to be well-informed has been taken over by willful ignorance. To reverse this issue, there needs to be change in the way voting occurs, and an increase in local news sources. However, what is needed for complete change, has to be a change in the mindsets of the citizens themselves, and for them to embrace different ideas, instead of blocking them out. Only then will we create a better, more unified society.