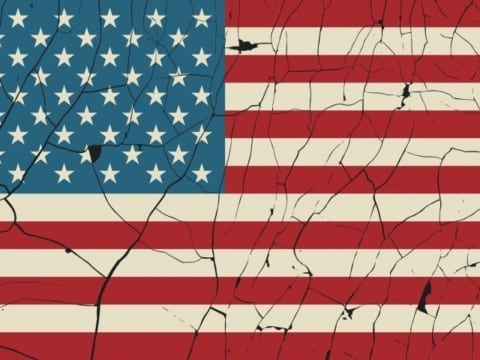 In 2016, a hopeful President Obama said, “We are not as divided as we seem.” Last year President Trump said “I can tell you that a big portion of this nation is united like it’s never been united before.” In reality, the country is more divided than it’s been in decades, and the result has been a growing mistrust between its citizens. In a 2014 poll, 27% of Democrats and 36% of Republicans said the other party was a threat to the nation’s well-being. Since then, the division has almost certainly intensified.

Many people blame President Trump. In a 2017 poll, 66% of people said Trump is the most divisive president in recent history. But Trump has been adding to a divide that’s been growing for over 20 years. The Democratic and Republican Parties are increasingly polarized. Not that long ago, there were some Republicans who were liberal and some Democrats who were conservative. Those people have mostly been weeded out in primaries dominated by ideologues.

The media is hardly blameless when it comes to the divisiveness of politics. Polarization and conflict get all the attention. Any story of cooperation or agreement is barely mentioned. As citizens, we need to look past the headlines. We should try to avoid the echo chambers that only tell us what we want to hear. We need to be willing to have dialogue with people we disagree with. The opposition isn’t necessarily the enemy.