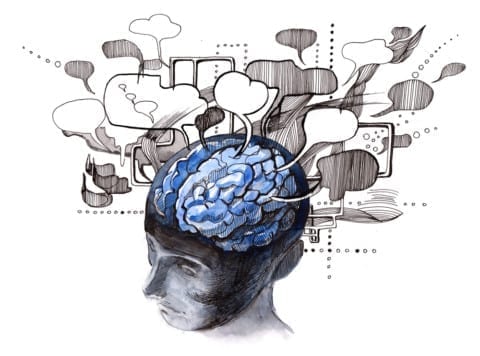 In the middle of a tense politically polarising election, it is important to reflect upon the differences in political workings between today’s age of technology and the past. Political campaigns and supporters alike use social media to push personal and party-affiliated agendas. However, this has caused the everyday voter to start taking clickbait journalism as their main source of political information. This is a perilous situation because a lot of information pushed out over social media is slanderous propaganda and plays on the sensational emotions of the viewer. In the age of information, it is ironic how the base voter is becoming less and less educated. This is even more concerning in light of what Jay Bolter said in his article, Why Social Media Is Ruining Political Discourse, about how “according to The Pew Research Center 68 percent of Americans get their news from social media.”

In reading the Atlantic article Why Social Media Is Ruining Political Discourse, Jay Bolter, the author, continues to dig into the impact of social media on the current political climate. He references the Facebook data mining scandal of 2016 and President Trump’s active Twitter account. According to Jay Bolter, Trump tweeted over six hundred times in reference to “Russia and Collusion.” The magnitude of content put out by Trump on this topic is evidence toward his aid in the saturation of the political climate. The activity of the President exemplifies the attitude of the entire political realm interacting on social media.

I am interested in your post, “Political Clickbait Media,” because It brings up an issue that isn’t really talked about as much as it should be. Many people are victims of this activity without being aware of it.

Something you wrote that stood out is: “This is a perilous situation because a lot of information pushed out over social media is slanderous propaganda and plays on the sensational emotions of the viewer…Campaigns have huge budgets for advertisements and as we progress into this new age of media that budget will shift in favor of social media advertisements because of the effectiveness and the audience of the platform. ” For what is “propaganda” or “advertising” there is no specific labeling, so if we take loose meanings, I would say all propaganda is advertising, and yeah, propaganda is intended to attempt to get people to take some action, such as how we imagine advertising trying to get people to buy things in the commercial context. Yet not all commercials are propaganda,  automobile advertising is not political propaganda. Again, since there is no rigid way of defining propaganda, it depends on the interpretation. If we go off a dictionary definition, again you could have propaganda on why your car is the “best” car, but that isn’t political. Moving on, there are many cases of such things being really manipulative and influencing outside of social media, ultimately affecting real-world events. Overall this whole topic could turn into a discussion of semantics.

Thank you for your writing. I look forward to what other topics you talk about next because you keep your writing professional enough to bring up discussions such as this.

Henry, I like how you describe and show people that you need to think about a lot things, taking one step at a time.

Really interesting post Henry. I always thought social media was unanimously a good thing. But taking a closer look would show a different, more manipulative side of it. I found the sentence where you said “according to The Pew Research Center 68 percent of Americans get their news from social media” to be quite worrying. The internet cannot be controlled for the most part, and so people can post whatever they want whenever they want. And this kind of uncontrollable nature can be very dangerous, especially when choosing future political officials. I can imagine people would post lies or slander a person to further an agenda. This not only hurts the person being slandered but everyone who needs clear information to make the best decision for themselves and their peers.
– Alvaro