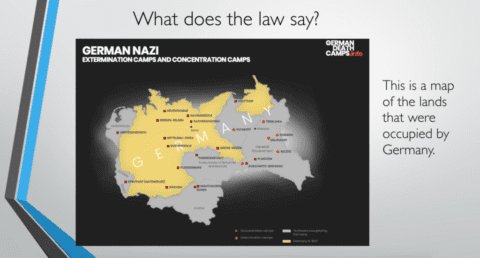 The topic of my video is the “Polish Death Camps” Law. It interested me because I’m from Poland, and that is a current, very controversial thing that happened. I explained what said “Polish death camps” were the law and why it is controversial. Before starting this project, I knew that German concentration camps, like Auschwitz-Birkenau, that were built and run in Poland by German Nazis, are being called “Polish death camps” since they were stationed in Poland and that Polish people want to change them from “German concentration camps” to “Polish death camps” since there were some Polish people who helped the Nazis murder large numbers of Jews in the concentration camps in order to save themselves and their families. After the project, I now know that there are two parts to the law, and the majority of the Senate was pro the law being passed.