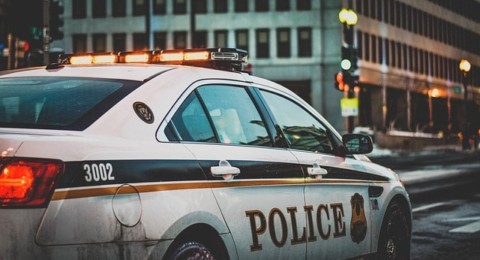 Immigration may well be the hottest issue in the United States today. Some people want to build physical walls to keep illegal immigrants out. Others want to welcome them with open arms. However, the issue of state and local police helping or hindering ICE (Immigration and Customs Enforcement) agents’ agendas has implications far beyond how many immigrants get deported.

One of these implications is whether or not someone will call 9-1-1 to report a crime. In some cities, illegal immigrants can be deported simply for calling the police. In Washington, a man who called for help was taken away from his family to be deported when the police came. Wilson Rodriguez called 9-1-1 because he saw a man trespassing on his property and looking in his car and house. The officers who arrived on the scene ran Rodriguez’s name and found an ICE warrant. The officers took him to a detention center and handed him over to ICE who refused to release him on bail. Rodriguez had no criminal record, but police officers felt the ICE warrant equated to an arrest warrant even being an illegal immigrant is not a crime but a civil violation. These stories make illegal immigrants hesitant to report crimes that they see because they could be deported if they have an outstanding ICE warrant.

In an effort to ensure all people feel safe reporting crimes, some states and counties have limited how and when the police can question immigrants in regards to their legal status and when Police can hold them for ICE without a criminal warrant. These locations are called sanctuary cities. Many people believe that in these cities immigrants are protected from deportation. This is not the case. They are actually just cities that limit cooperation with ICE to protect illegal immigrants who have never committed a crime or have only committed minor crimes. They still deport people who have committed major offenses. This measure helps to ensure that all crime is reported because illegal immigrants feel safe to call the police.

But other locations have partnered up with ICE to deputize their officers to enforce immigration laws. Pennsylvania does not have a relationship with ICE but also has no regulations regarding questioning immigrants. This has led to illegal immigrants with no criminal records being deported because they were passengers in a car that got pulled over. In one case, two men were just outside a store when they were questioned and detained because they admitted that they were illegal immigrants. This is worrisome because it gets into the issues of racial profiling and warranted stops.

While some people argue that ICE cannot handle all the illegal immigrants on their own, the answer is not to involve local and state police forces. The police are there to protect the people in their jurisdiction and they cannot do that if there are people who are afraid to call and report crimes. They also have many more important things to do then pull Hispanic people over to see if they are undocumented. Not only is this type of behavior unconstitutional, but it is also a waste of police resources. The tax-paying citizens of America are being put at risk when the police deal with immigration. Fewer resources being devoted to actual crimes and fewer people willing to come forward and help makes non-sanctuary cities more dangerous for everyone. If ICE cannot handle the number of immigrants, the government can hire more ICE agents. But there is no part of “protect and serve” that includes deporting people who have done nothing criminally wrong at the cost of not protecting nor serving the people in the community.

This is a very interesting outlook and argument regarding policing immigration, Gwen. I find your arguments about how immigrants’ fear of deportation can affect the rest of the community, not only the immigrants directly. It is also interesting that you wrote about how what the police officers are doing is unconstitutional and not a part of their job, as they are supposed to be serving their community, their states and their country, not trying to deport undocumented immigrants. I definitely agree with you when you say “The police are there to protect the people in their jurisdiction and they cannot do that if there are people who are afraid to call and report crimes”. I have been interesting in learning more about the actions some officials are taking in regards to immigration, and I have never come across this argument before. It is very thought provoking. I think another article that would be interesting to read is “Is it constitutional to lock up immigrants indefinitely?” (https://www.aclu.org/blog/immigrants-rights/immigrants-rights-and-detention/it-constitutional-lock-immigrants). It is not directly related police officers, however it does question the actions and decisions of the Supreme Court regarding locking up immigrants. Do you have any insight on this perspective? I am looking forward to reading more about your outlook and research on other controversial issues.