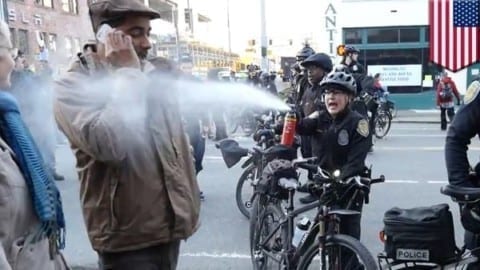 We think it’s best to let everyone in the police department know that it isn’t okay for the police to think their supercilious towards people. The people of color are the most targeted because over the years people of color have been killed by police officers. That shows there are problems between police and people of color.

The issue is police brutality and innocent people are being abused and killed by the police. Some of these situations can be caused racism and biases made towards certain races such as the Latino, and African American communities. The people harmed by this issue are the victims and their families because they’re directly affected. Also, all people of color are being harmed because they are starting to fear the police because they see it in the news, social media and even in some neighborhoods, people are being harassed and killed by the police. The effects on the community is that it makes them afraid to live their lives because they are always on alert and wondering if they could be a victim of the next police attack. Fatal Encounters addresses,“On average, in the United States, a police officer takes the life of a citizen every 7 hours” (Fatal Encounters). The people who benefit from this inequity is the police departments because when there are more people incarcerated, it gives them more money for the number of people in prison. Police also benefit from this because they are not likely to be incarcerated if they attack an innocent person. An article states,”Police officers are indicted in fewer than 1% of killings, but the indictment rate for civilians involved in a killing is 90%” (FiveThirtyEight). This quote proves that most police who commit an act of police brutality are not likely to get charged for their actions. Police brutality is institutionalized oppression because police are using their power to harm others. The allies are people who support and are involved in movements for those who have experienced police brutality such as the movement for Oscar Grant, Eric Garner, Philando Castile etc. The opponents are the police that misuse their power to cause harm instead of using them to protect and make sure people are safe.

In the past, tactics of social change have been used for police brutality. In the article that Katie Nodjimbadem wrote it talked about how people were protesting for police brutality. They were all unhappy about the situation. She explains,“last month, hours after a jury acquitted former police officer Jeronimo Yanez of manslaughter in the shooting death of 32-year-old Philando Castile, protesters in St. Paul, Minnesota, shut down Interstate 94. With signs that read: “Black Lives Matter” and “No Justice, No Peace,” the chant of “Philando, Philando” rang out as they marched down the highway in the dark of night”(Nodjimbadem). This was successful because they are getting information that it’s not okay for the police, they are also letting them know too especially how their specifically targeting the people of color. When their targeting the people of color people start involving their strikes or rights for their own to show what specifically matters because of the police defect.

In order to become an upstander, our plan is to make posters and put them up in the school so this will show people can see what’s going on to the community by the police officers. By putting up our posters it demonstrates that people need to know this information about police brutality and what they’ve become like nonconformists.

In conclusion, Police brutality harms the community by abusing them and killing them. This lead to protesting and strikes made for the community especially for the black folks because they are the most targeted. By putting up posters we can send information to everyone in the school so they can know what’s going on to the community and what OPD is doing about it.

Noriega, Angel, et al. “Police Brutality .” 3 May 2018. This is credible because these slides briefly explained and talks about the topic police brutality. This helps us use the information so we can know what it’s for and it definitely helps. These 9th graders passed this presentation with B and were highly professional with their work and everything else they were talking about.

Nodjimbadem, Katie. “The Long, Painful History of Police Brutality in the U.S.” Smithsonian.com, Smithsonian Institution, 27 July 2017, www.smithsonianmag.com/smithsonian-institution/long-painful-history-police-brutality-in-the-us-180964098/. This source is credible because Smithsonian is the official journal published by the Smithsonian Institution in Washington, D.C. The first issue was published in 1970. It gives us information about police brutality and what specific tactics of social change they used.

Hey Briceida, Gildardo and Angel,
My name is Dejuan Jones and I’m a junior at BOYCP and I’m actually working in a project right now about this topic of police brutality. Throughout the years in the city of Chicago the amount of homicides keep increasing everyday and the police officers have actually helped increase these homicides. I want to let the CPD and many more police departments/ centers that you are suppose to serve and protect the people in the community not help increase the amount of innocent homicides in the community. Also I want to the criminal justice system to be more fair with the punishments for police officers crimes. For example: Laquan MCcdonald he was shot 17 times and officer got charged 1st degree murder while a women beat her baby to death and got the death penalty. Officers who commit very large harsh crimes deserve to get the proper amount of crime.

This is important because the police hurt always the african american during arrest or protest, Eric Garner who was an african american he was chocked to death by the NYPD for selling cigarettes but in the other hand a white 18 year old high school student in Florida Nikolas Cruz killed 17 high school students but the police when they arrested him they didn’t do a single thing to hurt him but if your african american and you sell cigarettes you get chocked to death but killing at least 17 people they won’t do nothing to hurt you only if your white of course.

I appreciate you guys speaking about this issue because it is very important. My family has experienced discrimination by police, so I believe that police brutality has to stop and cops should bring safety to all people instead of fear. A question I have for you guys is how do you think us, students, can bring change to this topic?

I’ve witnessed this everywhere i go honestly all over social media and in the news thank you for making this issue be heard and hopefully one day we stop this.

I appreciate you all for speaking up about police brutality. As a black woman, I have experienced and witnessed so many instances of discrimination and injustice by police that I am terrified for my life and the life of my family members…and the lives of my students.

Do you think there is an alternative to police in our community? Can you envision a world in which police (at least as we know them) do not exist?

Thank you for your post! I appreciate your insight about upstanders… You wrote, “In order to become an upstander, our plan is to make posters and put them up in the school so this will show people can see what’s going on to the community by the police officers. By putting up our posters it demonstrates that people need to know this information about police brutality and what they’ve become like nonconformists.” While I think that putting up posters at school is a GREAT start, I’m wondering what’s next. Many people at our school are informed about police brutality. In fact, many students have seen / experienced it in one way or another. So, how can you reach out beyond our walls?

Thank you for your activism!

I think that the heart of your argument is strong and well balanced. You bring in many sources based on recent history, and are able to cite their sources. I do think that there are some questions to consider:

Are your writing to the Chief of Police, or to your student body? The actions seem geared more towards the student body.
Where are the sources that show how student involvement impacted police brutality change?
Where are these sources gathered from? Are they online, simply from the news?

Your experiences and histories are made valid by the call to action and the awareness you are trying to raise in your community. Skewing your audience to perhaps a more localized unit (like your student body) would be helpful, or, you could incorporate a larger community rather than the individual (like the city of Oakland). You are on the right path, keep fighting on!