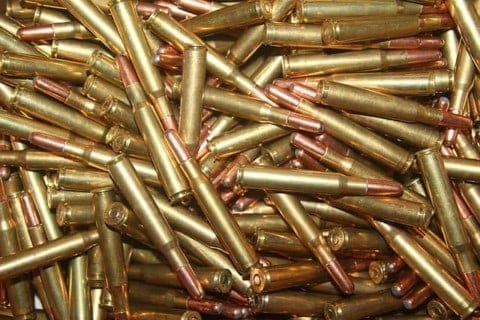 Thesis:  Some police in oakland are guilty of unfair crimes and aren’t held accountable

In my opinion some police are nice and some are not and this is true because of interviews with  Oakland citizens and research.

One reason police are not nice is that police don’t get in trouble for being racist. Being racist means that a person does not like other people because of their color or race. When police are racist to people of color  often no one else can do nothing about it because they are the authority and people don’t know their rights so they are afraid. The police are not being nice by using their authority unfairly and this causes shooting and brutality.

What Oakland residents have to say?

In my first interview, with Angelica, a student in Oakland she talked about an experience with her dad. She reports that “It’s not an excuse to shoot somebody police officers are here to help not here to make racial comments.” This is important  because they are not here to help not to make racial comments to the community and I agree what she said. When police act this way it makes residents feel scared of them and they can’t do anything to them. If residents feel scared it means that  they can not do anything about it and some people will not trust police. Police are here to help people from danger, not make them feel like unsafe in the community. Another example of how the police makes the community feel unsafe is from when I interviewed Ms. Brown, she said “I don’t agree with it at all. cops shouldn’t judge or assumed that youth would do something bad.” This is significant because it’s talking about how people feel unsafe in the community because of\the racist comments. When police see colored people they should not think that they are going to do something bad like stealing a car or robbing people wallet and kill someone. Police judge people because some police are in training and they are new to the system. Therefore police are not useful for people that don’t need them and we don’t need them to make more violence and they always make it worse for the community.

What the news has to say?

When the police treat people badly, the news reports it to the world so people in the world could have something to argue about. The police kill youth and it’s not just youth that is being killed by police officer. This is important because some people have family that love them and so don’t so they got to find a way to get away from trouble and they don’t live right because they won’t rasi right so they got in bad situation and he or she probably have evidence about what’s going on on their family or they are in danger so that’s when you need the police so they can handle what’s going on in the community and in your house.

Some may think that police are good In an interview with Deputy Sheriff Alfredo, he believes that the police do not always have all the information they need and that is why they make assumptions, he says  “When an officer is called to a scene he arrives with very limited information, including age of possible suspects, and it is hard to differentiate physically a young teen from a young adult.” This shows why people think police are good because  they always make people think that all police do their job but in my opinion police are not doing their job because they always make excuses for using a gun but not using a taser for shoot any one in color.

Great research you have done regarding police brutality. Based on what I read, it shows you have very strong opinions about law enforcement. Although a lot of your points are valid, I must say not all police is looking to hurt minorities. Just like Sheriff Alfredo said, police officers have a lot on their hands and they need to do their best at protecting the community with the little information they are given. So they are stuck in a very tough situation, don’t you think? Maybe if we put ourselves in their shoes, we may have the same reaction? However, I do agree that because of the media displaying a lot of negativity regarding police officers, minority citizens live in fear and would rather not deal with the police when they are actually needed.

Once again, great read! you really took your time to get information from different sources and that made your writing a more enjoyable read.

Dear Heber
I am surprised by your post Police Brutality because frankly you said things I never would have thought you would have said. one sentence you wrote was “When police are racist to people of color often no one else can do nothing about it because they are the authority and people don’t know their rights so they are afraid. The police are not being nice by using their authority unfairly and this causes shooting and brutality.” I think this is amazing because it shows what you think of the police and it especially the part as to when you sad the police use their authority to unfairly get out of cases that they should be arrested for because really it hit me and I just thought it was great just the authority and police mixed together with unfair that was awesome. Another sentence that I liked was “When the police treat people badly, the news reports it to the world so people in the world could have something to argue about.” the way you said that about the news completely hit me man that was good(A good point). Try to fix your typos and grammar errors in the edit though 😀 but I do agree on what you have to say about the police although I won’t have to agree with everything, there are police who actually do their jobs and don’t take advantage of their authority all the time so I think you should do a little more research on that too.
Thanks for your writing. I look forward to seeing what you write next, because this was just interesting with your opinions. Also the fact that you interviewed the community specifically. Just keep doing this and I will be coming back :).