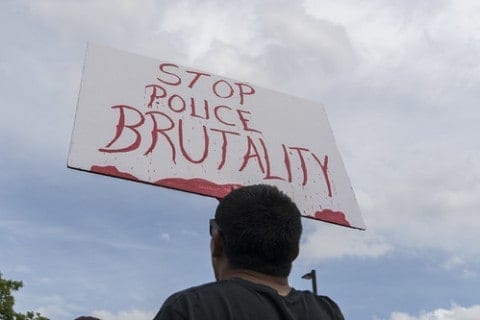 Dear Asnica
I am agree with your post “Police Brutality” because i have seen colored people get arrested for no real reason other then being black. One sentence you wrote that stands out for me is: “Adult African-Americans living below poverty are three times more likely to report serious psychological distress than those living above poverty.” I think this is terrible thing two hear because not a lot of people can stand to hear something like this especially black people. Another sentence that I saw was: “And while African Americans are less likely than white people to die from suicide as teenagers, African Americans teenagers are more likely to attempt suicide than White teenagers (8.3 percent v. 6.2 percent” This stood out for me because many of colored people have a harder life then white people and it’s true that their’s more black people that are sad then white people because of everything they have to go though.Thanks for your writing. I look forward to seeing what you write next, because your post seem really interesting and fun to read.

I really enjoyed your post and I, like many, agree that African American men especially are targeted in the United States. It has become a huge problem these past few years and is a a growing systematic issue. A lot of police officers tend to dehumanize blacks and place them into a box. They are “dangerous threats.” Many other people of all genders, sexes, religions, and races are have also been targets of police officers throughout the country. I read an article https://www.britannica.com/topic/Police-Brutality-in-the-United-States-2064580 that goes more into the statistics of it. Thank you for sharing your opinion, I look forward to reading more of your work.

I completely agree with everything you said! It is clear that police brutality is a high issue concerning our country, and the points you raised were very valid. My one addition is that maybe, while focusing mainly on brutality against African Americans, add cases of brutality against other races too! Heres a link that may help you! (https://www.usatoday.com/in-depth/news/investigations/2019/04/24/usa-today-revealing-misconduct-records-police-cops/3223984002/) Great job!

Hey Asnica. I agree that this is a major issue happening right now. I feel everyone should be protected not just those chosen due to race or privileged. I believe this link may be helpful. https://www.britannica.com/topic/Police-Brutality-in-the-United-States-2064580 I hope this helps and great job!

Asnica,
I completely agree with what you have written about the police brutality issue that’s becoming very widespread in america. Only police officers who obey the rules and follow the strict rules should be wearing the badge and protecting ou community because people with bias cause a once good thing to become bad. According to an article I read, the trend of fatal police shootings in the United States seems to only be increasing, with a total 753 civilians having been shot, 150 of whom were Black, as of October 29, 2019. Here’s the article link (https://www.statista.com/statistics/585152/people-shot-to-death-by-us-police-by-race/).

Asnica, I completely agree that the African American community has been traumatized with police brutality in the past years. The police ended up killing someone, but also ended up significantly affected the entire black community. I agree that PTSD has been formed with African Americans, creating tension between them and black lives. It is very interesting to see the data that you showed. It helped me understand the total effect the police issue had the African Americans. This is a site with information on how a society could hinder police brutality against anyone (https://populardemocracy.org/news/15-things-your-city-can-do-right-now-end-police-brutality). I think police brutality happens to all races, and some police officers should be no duty. However, police officers and citizens need to do their parts to end this conflict and break the tension between them.

I agree that police brutality is a huge issue, and I agree that it mainly occurs to African Americans, but there have been some cases of it happening to whites. I think that you should add that point of view in your article. Other than that, it was well written and definitely something that needs t be addressed.

I agree Police brutality has gone too far and is a big issue in todays world. I feel like if you are a police officer and wear a badge you should be protecting everyone not just who you want to. Black people deserve and have the right to be protected as much as everyone else. https://www.washingtonpost.com/policeshootings/ her is a link talking about how many deaths there were in 2016 that were caused by police brutality.

While I agree that police brutality is an issue, and that there are no doubt some officers who wear a badge and should not be wearing a badge, I would like to say that police officers are not targeting black people. According to statista.com, in the years 2017-2019, more whites have been killed by officers than blacks. In 2019 so far, there have been 220 whites killed as opposed to 150 blacks killed by officers. https://www.statista.com/statistics/585152/people-shot-to-death-by-us-police-by-race/

In all honesty, I believe this is a victim mindset that blacks are being targeted and oppressed by officers, which is not true. Black on black crime is an also a big issue and is something you should also focus on.