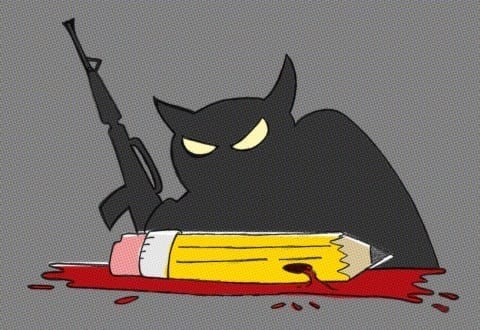 To teens, adults, parents, teachers, high school students, and etc. Something needs to be done and it needs to be done before the next generation goes through the same thing our generation is going through. To the people who have seen someone they love get killed right in front of them due to gun violence can eagerly relate to this and even to the ones who did not experience this. Just imagine one bullet leaving you damaged for life. It sucks going to school not feeling safe. This needs to change. We need to be able to go to school feeling safe and getting an education without having to feel frightened. My purpose in writing this is for change to be made before this gets out of control.

I got the chance to watch the video, “Teens On Guns in America” by NPR.  This video encouraged me to write this open letter. The video got me angry, not just angry but eager to make a change even if this doesn’t reach many people at least people will see this. This started after the shooting of 17 people at Marjory Stoneman Douglas High School in Parkland Fl. You can hear the hurt of these teens all over the world after the incident. 15 teenagers talked about something that happened in their life in relation to a gun. Some talked about the family members they lost and honestly, it was heartbreaking. Even more heartbreaking that these students were in a situation that almost risked their lives and killed their classmates. Sadly this is what this world has come down to.

I read an article called, “Parkland Shooting: Where Gun Control and School Safety Stand Today. Something that stood out to me is when one of the students that survived the attack said this,“In the course of the next year, students would change the way the nation handles mass shootings, spurring new gun legislation and school safety measures, and holding to account the adults they felt had failed them”. This stood out to me because this is from a school shooting survivor. He felt this way and he spoke up about it bravely, hoping for people to understand him. He talks about students making a change for the nation about gun rules.

Dear Janet,
I for sure think there needs to be something done about gun violence in the US. It’s an epidemic and it’s affecting all of us. I believe some people don’t always consider the other side of those who lost their family because they have the thought in mind that it will never happen to them. Violence doesn’t choose its victims and doesn’t remove anyone from the equation so I believe all people need to come together and combat this issue.