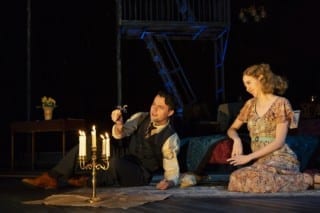 Recently, I read “Scene Seven.” The Glass Menagerie, by Tennessee Williams. I was perplexed or confused about this play. Because of Jim’s actions with Laura I believe that he could have mentioned his wedding from the beginning of the play. I was irresponsible.

The protagonist is Laura. Her story is set before the Civil War in the South side based on Amanda’s conversation when she mentioned that she used to have a maid. The significance of the location setting is important because readers can see how their lives have been changed, especially Amanda’s experiences because she used to say how much she enjoyed the dancing night outside home.  Is important to know that in the setting the characters also comment on some place in Europe. We can see that Amanda also cares about facing objects and places.

Amanda faces certain forces and pressures. After knowing that she took so much time to prepare the dinner to clean the house, including the time that she and Laura took to get ready. Their effort to call Jim attention didn’t work because of this situation. You can see this early in the play when Amanda was so desperate to find a responsible man for Laura.

The tension rises when Amanda gets to know that nothing works. She was shocked by the horrible news. Everything fell after this.

The falling action ultimately resolves the conflict. That Laura is not getting prepared for her future. It’s a person vs. person because later on Laura would face things on her own without any family support.